WATCH: We are ready for battle, says Magashule after ‘tapped phones’ discovery

Addressing a crowd in North West, he raised a few eyebrows when he invited Economic Freedom Fighters leader Julius Malema back to the ANC, saying Malema would even be allowed to bring his supporters. 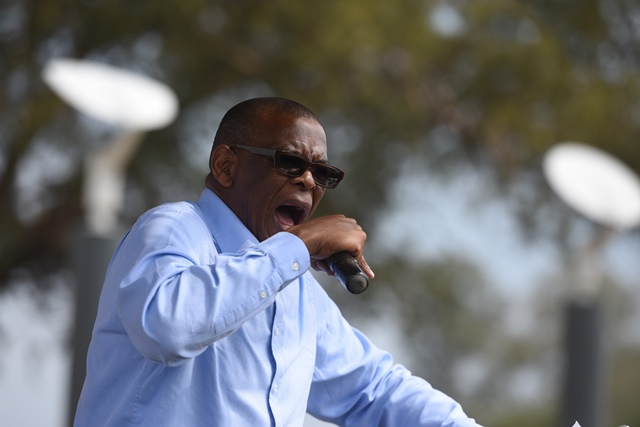 ANC secretary-general Ace Magashule has been pushed to a point of making an announcement that “state organs” are being used to fight political battles.

He was in effect accusing President Cyril Ramaphosa’s administration of abusing state resources to target his enemies in the ANC.

This was a tactic that both former presidents Thabo Mbeki and Jacob Zuma were accused of using, though he did not name Ramaphosa or anyone directly.

“My phone and the [deputy secretary-general] Jessie Duarte’s are tapped,” he said, and he went on to say many other comrades were complaining about the same thing and he had advised them to speak out.

[JUST-IN] @MYANC Secretary General @Magashule_Ace says that State organs are being used to fight political battles. “My phone and the DSG Jessie Duarte are tapped” he goes on to say many others are complaining and his told them to speak out. pic.twitter.com/blqxzC1upc

Magashule, addressing hundreds at an ANC rally on Saturday, told supporters that the ANC was ready for battle, referring to the “tapped” phones.

A frustrated Magashule made it clear that something was going on in the ANC camp.

“It must not happen,” he said, addressing the crowds. He further declared that if it was a battle those who were allegedly tapping his devices wanted, the ANC was ready for it.

Magashule, who has been on the road campaigning for the ANC, told supporters that the ANC promised better lives, as they brought hope to the people.

Addressing a crowd in North West on Friday, he had earlier raised a few eyebrows when he invited Economic Freedom Fighters leader Julius Malema back to the ANC, saying Malema would even be allowed to bring his supporters along.

He told supporters in the Ikageng township, in Tlokwe, North West that he “loves” Malema.

Malema replied to the invitation by saying Magashule must go back to the conference and take a decision to “unexpel” him, since he was expelled from the ANC. He later said he would not return to a “dying” ANC.