ANC has changed people’s lives for the better – Ramaphosa

The president urged people to vote for the ANC in the elections, saying there is proof that the party has changed people’s lives. 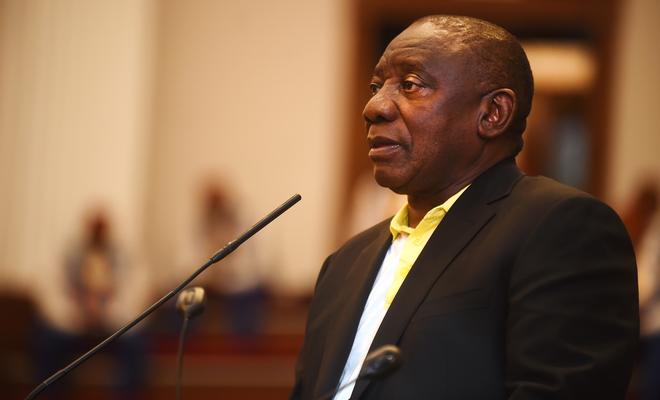 President Cyril Ramaphosa has told African National Congress (ANC) supporters that the governing party’s focus during its campaign for the upcoming elections focuses on its manifesto and not on other political parties.

“We do not have time to concern ourselves with small parties,” Ramaphosa said on Saturday during the ANC’s mini rally in Esikhaleni, KwaZulu-Natal.

The governing party will host its rally on Sunday at Pietermaritzburg as the party heats up its campaign leading to the election on Wednesday.

Ramaphosa was critical of how other political parties had been scathing of the ANC during their campaigning for the election. He said this was in contrast to how the governing party had run its campaign, which it did by focusing on its manifesto.

The president said the ANC would return to the governing seat after the elections “whether they like it or not”.

Ramaphosa said the ANC’s message, about growing and taking the country forward, during its campaign was clear. He said the party’s manifesto incorporates what the people of South Africa had said they wanted as the ANC engaged with communities during the first phase of its campaigning.

He said in the past 25 years of the party’s governance there is proof that the ANC has changed people’s lives.

Unemployment among the youth and water supply – which is a concern in the drought stricken district King Cetshwayo, where Esikhaleni is located – were among the issues communities raised during the ANC’s campaigning, Ramaphosa said.

“We thank the ANC because if it were not for it [the party], poverty would have persisted in South Africa,” Ramaphosa said.

The ANC government had more than doubled employment from 1994 – which stood at around 8 million at the time – to around 16.5 million today, Ramaphosa said. Despite this, the ANC government is still working towards creating jobs, in particular among the youth – a major challenge in the country, the president said.

One of government’s efforts at addressing unemployment had been the jobs summit held last year, where R300 billion was pledged towards investing in the country.

Ramaphosa urged voters to come out in their numbers and vote for the ANC in the election on Wednesday. “We want the ANC to obtain a decisive victory,” the president said.