SA is a divided country with multiple political identities – experts

According to an expert, the flurry of small parties would have a marginal impact at the polls. 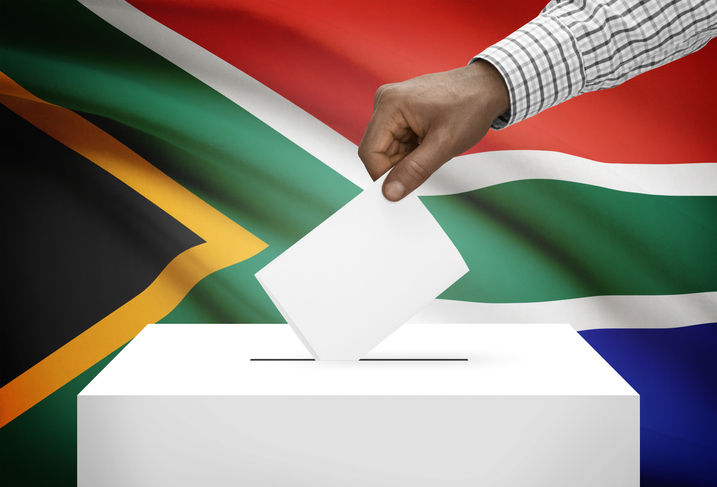 The increase in the number of small political parties in South Africa contesting the May 8 general elections may be a reflection of how divided South African society really is, according to analysts, but they expect the influx of newcomers will have only a marginal effect at the polls.

A total of 48 parties are contesting the elections, 19 more than in 2014. Many of the new party logos are simply unrecognisable. The new parties are a reflection of how political identities have fragmented and could translate into a divided society, according to political analysts.

One of them, Ralph Mathekga, said it was highly unlikely the African National Congress would fail to win an outright majority. However, he did not rule out the possibility of a coalition government at national level.

South Africans have seen the problematic nature of coalitions and how quickly a marriage of convenience can disintegrate. After the 2016 local government elections, coalitions proved to be volatile, and Nelson Mandela Bay and Tshwane are held up as examples.

According to Mathekga, big opposition parties were concerned about the rise of small parties because they divided the opposition vote. Mathekga said smaller parties also emerged because bigger parties were not “coherent in their consolidation.”

“It comes down to a realistic opportunity of being in parliament, it is achievable for most, hence they form parties. Smaller parties usually do not grow in support, they usually fizzle out after a while as newer entrants push them out.”

Mathekga observed that some of the new parties could win a seat and play an opposition role, but such parties often found it difficult to remain in parliament and grow.

According to University of Johannesburg associate professor of politics Mcebisi Ndletyana, the formation of small political parties had largely to do with ego rather than principles and valid convictions to take the country forward.

Ndletyana said individuals who perhaps felt marginalised broke away to form new political parties, especially if these individuals believed they had a constituency they could mobilise. Breakaways also occurred due to instability within existing parties, where individuals thought their prospects in leadership or government were limited.

He believed the flurry of small parties would have a marginal impact at the polls, save perhaps for Irvin Jim’s National Union of Metalworkers of South Africa’s (Numsa) Socialist Revolutionary Workers Party and Patricia de Lille’s Good party, a breakaway from the Democratic Alliance.

Ndletyana said De Lille posed a threat to the DA because when she brought the Independent Democrats into the DA, she came with a notable level of support. “She became a power broker in the Western Cape. Those loyalists are unlikely to have been happy with the way in which she was treated. She was refused a public [disciplinary] hearing and that gives credence to a witch hunt in having her removed,” he said.

However, Mathekga disagreed, and believed De Lille’s party was too small to cause problems for the DA. However, combined with other factors, Good may take a small number of supporters from the DA.

Ndletyana said Jim’s party, a socialist movement, had some promise of making inroads, as it already had a Numsa constituency and big support in East London in the the Eastern Cape.

“The rally in East London was able to pull quite a crowd. But it poses the question, are black workers willing to ditch the ANC for a socialist movement? There is no guarantee that Numsa members will follow a socialist party,” he said.

Ndletyana criticised individuals such as Mngxitama and Motsoeneng, saying that they were discredited. “Mngxitama could not handle playing second fiddle to [Julius] Malema. He is also a Gupta proxy. His ideas on land and radicalism are the same as the EFF.”

He said Motsoeneng “provided entertainment and sensationalism” for the mainstream media, but as a candidate he was not credible. Although Motsoeneng and Mngxitma managed to pay the R200 000 deposit required to contest the elections, Ndeletyana observed that it took a lot more than that to run a successful campaign.

Mathekga pointed to recent elections, where newer entrants were unable to bridge the 10% mark in terms of electoral support. He did not foresee BLF or ACM coming out very strong.