Ramaphosa apologises to voters for failing them

The president called on farm workers who wanted land to vote for the ANC for a new era of growth, renewal, and transformation. 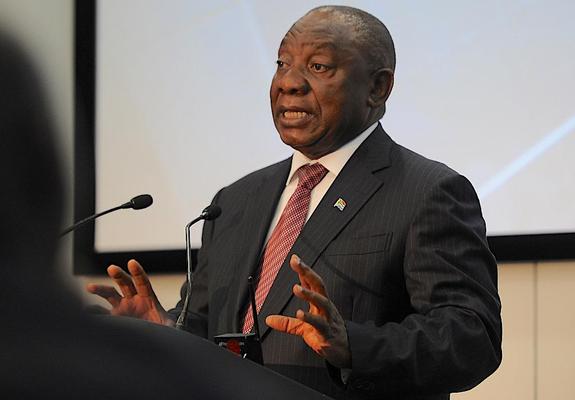 President Cyril Ramaphosa on Sunday apologised to African National Congress supporters for failing them, and promised to perform well if the ANC won the May 8 general elections.

“Where we have made mistakes, we acknowledge them without qualification. You have told us what you expect of the ANC,” he told thousands of supporters at the ANC’s final Siyanqoba elections rally at Ellis Park in Johannesburg.

“We admit that we have made mistakes, we put ourselves before our people, and say yes, we have made mistakes, but it’s only those who are doing nothing who don’t make mistakes. The ANC is ready to serve their people and we know what needs to be done to grow our economy. If we are united, there is nothing we cannot achieve,” said Ramaphosa.

Like it or not, the ANC would win the elections because “they know what they were doing”. The ANC had heard the concerns of the people raised during the election campaign and had addressed these.

“They told us where service delivery failed them and they are frustrated at the slow growth of economy,” said Ramaphosa.

However, he said people were grateful for the successes achieved by the ANC. “Let’s declare with a loud voice that we choose to go forward, not backwards, we choose growth over decline.”

Ramaphosa called on farm workers who wanted land to call their own to go out and vote for the ANC on Wednesday for a new era of growth, renewal, and transformation. On the rising costs of food, petrol, and transport, he said these concerns were raised by voters and would be addressed.

Some people started leaving the stadium while Ramaphosa was still speaking. Earlier, the crowd had been entertained by various musicians, including gospel star Dumi Mkokstad, Dr Rebecca Malope, and the Soweto choir.