'The people of KwaZulu-Natal are very happy about the interventions by both the ANC and the ANC-led government,' the party's KZN spokesperson says. 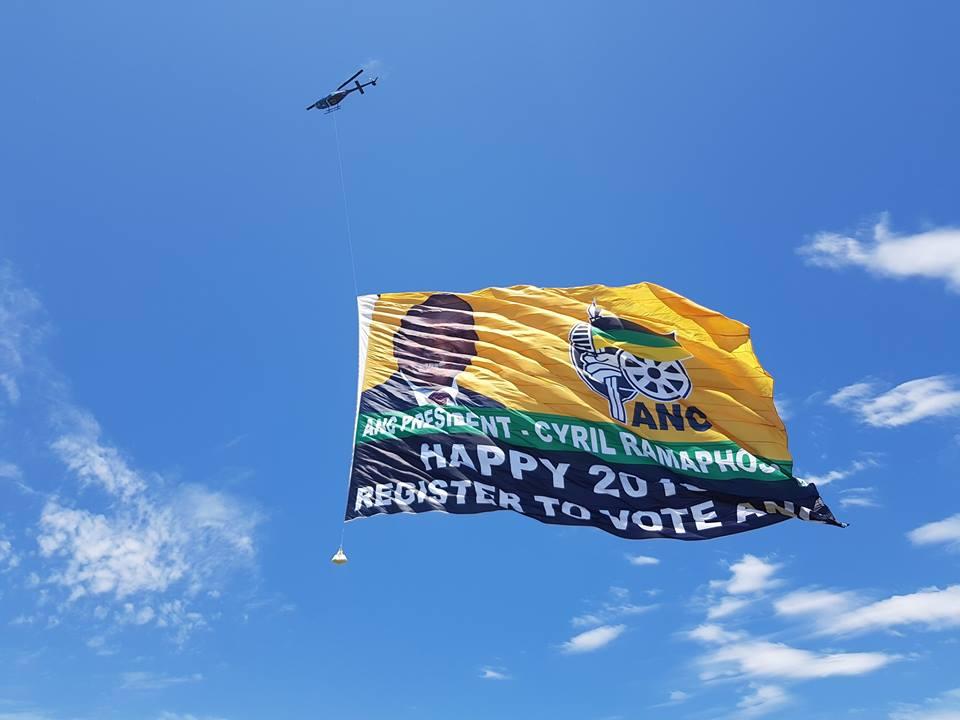 The ANC in KwaZulu-Natal kicked off its official 2019 provincial election campaign on Tuesday, 1 January 2019, with a chopper-flown banner. Photo supplied.

The ANC in KwaZulu-Natal is confident that its interventions towards addressing political killings that have plagued the province will be enough to ensure voter confidence today.

ANC KZN spokesperson Nomagugu Simelane-Zulu said the party in the province doesn’t believe the political killings would negatively impact it at the polls today.

“As the ANC, as far as we are concerned the killing of politicians in the province of KwaZulu-Natal is not a matter that will necessarily affect the voters of the ANC, especially because the investigation [into these kilings] is a result of the intervention of the ANC,” Simelane-Zulu said.

The ANC, she said, is gravely concerned about the killings of politicians in the province, which is why the party approached the presidency and requested that “a team intervenes because we were not happy with the nature of the investigation that was there at the time”.

“So, as far as we are concerned, the people of KwaZulu-Natal are very happy about the interventions that were made by both the ANC and the ANC-led government in ensuring that these matters are being resolved.

“Of course, not all of them have been resolved but the progress that we are seeing so far is progress where we are saying to the people of KZN that the ANC is set on addressing this issue,” she said.

Simelane-Zulu said the ANC has pressured law enforcement agencies when it comes to handling political killings, adding that it is important that assumptions are not made about those behind the killings.

“It is important not to make assumptions. That is why we have been calling on the judicial system now, not just law enforcement agencies, to try and fast-track the process so that we can get to the bottom of exactly what has led to this.

“If it is matters that are political, of course we will intervene and do what we have to do. But we know for a fact that there are areas where it is not political, but is social issues,” she said.

Until “the judicial process” is finalised, the party in the province cannot come up with “a firm programme of action”, Simelane-Zulu added.

“That is why we have been requesting that there should be special courts that would deal with these matters so that we are able to close this chapter once and for all and be able to intervene the way we are expected to intervene as the ANC,” she said.

Minister of Police Bheki Cele subsequently announced that Moyo’s murder would be investigated by a special task team established last year to probe political killings in the province.

Since the establishment of the special task team, 161 arrests have been made.

The political killings in the province led to the establishment of the Moerane Commission of Inquiry. Its findings were tabled in the KwaZulu-Natal Legislature last year.