I am broken and finished – Julius Malema in mourning

'My grandmother’s death is like a sharp instrument into my heart,' the EFF leader said, while also mourning Ngwako Modjadji, a former Citizen reporter. Malema told thousands of EFF supporters and sympathisers in Seshego on Wednesday that his grandmother had told her friends that her grandson [Malema] would take her to the voting station on Wednesday.

“My grandmother knew it was a family tradition for me to take her whenever and wherever there was serious family engagements,” he said. “But little did my grandma know that she wouldn’t live to see the day of the elections.

“My heart is sore because I know my grandmother would love to be right here with me when she cast her vote. My grandmother’s death is like a sharp instrument into my heart. I am broken and finished. Her untimely death left a void in my life and that of other family members.”

He also thanked members of the media for messages of condolences his family had received.

“Mama would have wanted to be here. But you know we don’t decide, but God does.

“I know that even though she is dead, I’m certain she is right here in spirit. I might have lost my grandmother but I have learnt from an angel.”

The distraught Malema, accompanied by his wife Mantwa, said he would continue to cherish his grandmother’s memory.

Malema also called on the SA Police Service to work with speed to bring to book the suspect who ran down journalist Ngwako Modjadji in the early hours of Sunday morning in Soweto. 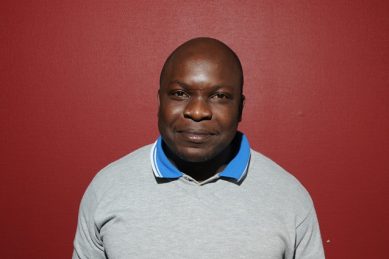 He said the EFF was saddened by the “cruel” way in which the 40-year-old former City Press, The Citizen and Sowetan reporter was killed.

“Ngwako is one of the very first journalists who took me serious when I started cutting my teeth in the mainstream political platform,” said Malema. “Apart from you [this reporter], he [Ngwako] was also one of the journalists that I trusted and would give him an ear when he needed exclusive interviews. That is because his work was always balanced, objective and well-researched.”

He described Modjadji as a prolific writer with impeccable credentials.

“It only hurts to the core that when I pay my last respect to my grandmother this Saturday at Ngwako Ramatlhodi Sports Complex in Seshego, his bereaved family will also be waving him goodbye.”

States said the funeral would start at 6.30am at the Modjadji family village in Khethakone near Modjadjiskloof. Modjadji, born on March 20, 1979, is survived by two sisters and two brothers.