The Socialist Revolutionary Workers Party says it will focus its attention on building the party and consolidating its structures on the ground. 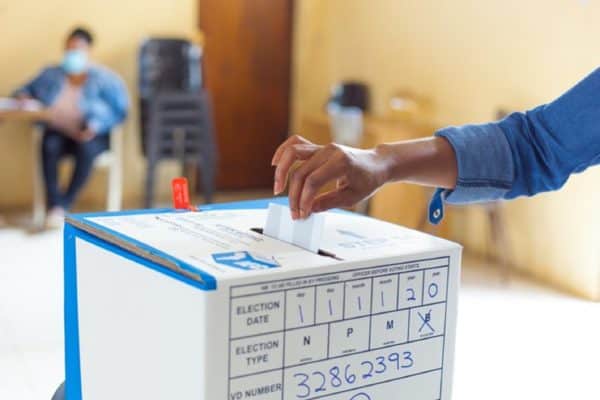 South Africans will vote on 1 November for their councillors in the 2021 local government elections. Picture: @IECSouthAfrica/Twitter

The Socialist Revolutionary Workers Party (SRWP) on Friday said it would not take part in this year’s local government elections.

The SRWP, which was established in 2019 by the National Union of Metalworkers of South Africa (Numsa) after it split from Cosatu in 2013, held a special meeting of its central committee on Thursday to determine its participation in the upcoming polls.

According to the party’s general secretary, Motebang Ralake, the SRWP was “fully aware and deeply sorry” for the disappointment their decision would cause some of its members and supporters.

“The SRWP wishes to inform its members and supporters throughout the country and all the left and socialist forces of the working class in the world that upon a thorough analysis of this year’s local government elections and reflections on the party itself, it regrettably has come to the conclusion that it cannot participate in these elections,” Ralake said in a statement.

“We have consistently maintained that we are a party of revolution, whose mission and task is to overthrow capitalism, and replace it with socialism. We are not just a party for elections.”

Ralake said the SRWP would focus its attention on building the party and consolidating its structures on the ground.

This follows the dismissal of the Independent Electoral Commission’s (IEC’s) application at the Constitutional Court to postpone the elections to February 2022 due to the Covid-19 pandemic.