46% of ward and PR candidates are women, and 25% youth representation, says Jessie Duarte. 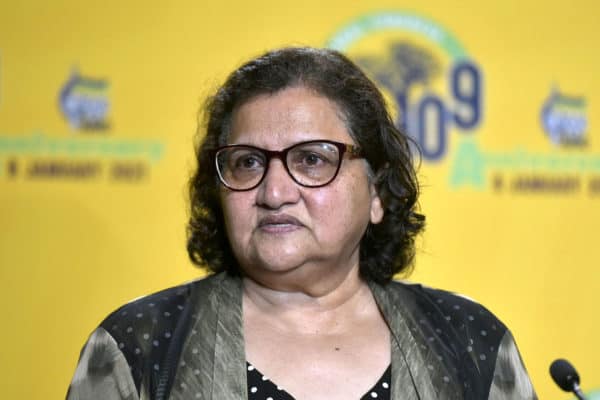 Addressing the media on Wednesday at the ANC’s headquarters in Johannesburg, Duarte confirmed the party was able to meet the Independent Electoral Commission’s (IEC’s) 5pm deadline on Tuesday to submit candidates after missing the commission’s original cut-off time last month.

Duarte said the ANC registered 4,468 ward candidates for 257 municipalities across the country. She said the party had concluded their candidate registrations on Monday.

“Yesterday [Tuesday] in the main we were dealing with the change of addresses where people had changed their addresses maybe a week ago and the IEC system had not caught up with it yet, but it’s now completed,” Duarte said.

46% of ward and PR candidates are women

Duarte said the party was pleased that 46% of their ward and proportional representation (PR) candidates were women, with most of them largely represented on the PR list.

But she said a lot more worked needed to be done to have more women presented at the community level where most ward councillors are men.

“We are proud of the fact that women gained the confidence of their communities to be selected as ward candidates,” Duarte said.

She said the ANC had a diverse list of candidates contesting the polls, including people with disabilities, youth and members of the LGBTQI community.

“We insisted that the list must have a component of young people. Approximately 25% of our lists are composed of young South Africans so that we can build for the future.”

Duarte also stressed the importance of community engagements on the ANC’s selection of councillor candidates to represent the interests of communities.

“It ensures those that emerge as ANC candidates are also rooted in their own communities and enjoy the confidence of their community,” she said.

Disputes over selection of candidates

The ANC also encountered some challenges with some of its members who “subverted and undermined” the party’s rules and guidelines on the selection of candidates, Duarte said.

She said the party’s national executive committee, and electoral committee led by former president Kgalema Motlanthe, took a “dim view of alleged attempts by some within our ranks to manipulate the process”.

Duarte said because of this, the ANC had a lot of internal disputes that were unresolved. She said the party had removed some candidates who were facing court cases from their lists.

Duarte added that the party would continue to meet with aggrieved members who have raised disputes even after the elections.

“We wish to assure our members that any deviation from the rules and guidelines, which materially affected the nomination of some candidates, will not be left unattended even beyond 1 November,” she said.

The ANC said it would train all its candidates after the municipal elections on local government processes to ensure they understand how municipalities function.