While previewing the ANC’s LGE manifesto, Ramaphosa touted the party’s young candidates and promised that they would learn from the ANC's mistakes 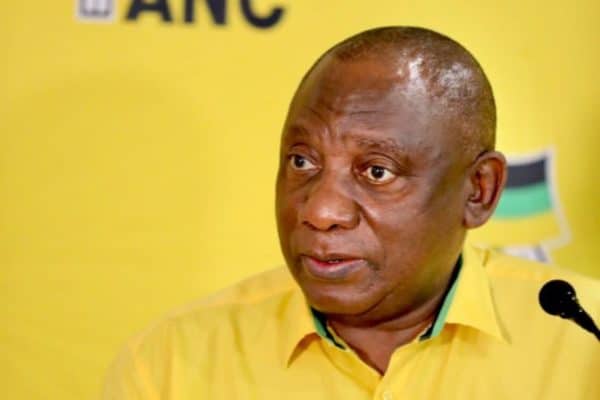 President Cyril Ramaphosa on the podium from Parktown giving a preview of the ANC's LGE Manifesto and the ANC's election candidates | Picture: Twitter

In his capacity as the president of the African National Congress (ANC), Cyril Ramaphosa, took to the podium on Sunday, to preview the ANC’s LGE manifesto ahead of the 2021 Local Government Elections.

He touted the party’s young candidates who will be contesting the elections as members of the party with the hopes of being elected into leadership in their respective areas.

He further promised that the young councillors would learn from the mistakes of the leaders that came before them.

Ramaphosa further admitted the party’s “missteps” over the years which he said the public was “well aware of.”

The president spoke at length before announcing the candidates ahead of the ANC’s LGE manifesto launch scheduled for Monday.

Watch the live stream of the launch of the ANC’s local government elections manifesto below: