On Monday, however, the IEC’s Kate Bapela said they had not printed out the final ballot papers yet. 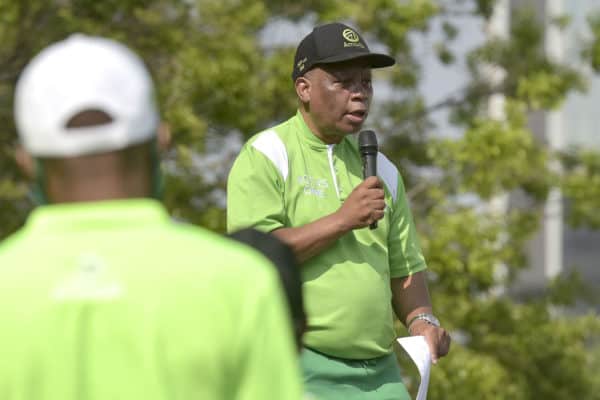 ActionSA leader Herman Mashaba. The party has threatened to take legal action against the IEC after its name was left off the preliminary ballot list. Picture: Neil McCartney

The Independent Electoral Commission (IEC) says it is unlikely it will be able to add the names of political parties that were omitted from the ballot paper for the upcoming local government elections.

ActionSA has threatened to take legal action against the IEC after its name was left off the ballot list.

This comes after the IEC on Saturday presented final draft ballot papers for wards in Gauteng. ActionSA’s logo appears on the ballot paper but its name doesn’t as it didn’t submit an acronym for the party’s full name.

On Monday, however, the IEC’s Kate Bapela said they had not printed out the final ballot papers yet.

However, ActionSA spokesperson Lerato Ngobeni claimed the IEC had suggested there were no plans to add the party’s name and that the final ballot papers had already been printed.

“The process to amend your identifiers on the party register is also regulated. It is a 30-day process which [means], where we are now, it is unlikely that it will be successful by the 1st of November. So it is unlikely that we will be able to assist any of the 15 political parties,” said Mosery, according to the SABC.

Mosery, in an interview on 702, also said the absence of ActionSA’s name on the ward ballots was because the party did not register an abbreviated name or acronym.

“The issue for us is that we can’t arbitrarily, just insert [an] abbreviation, which means we’re changing the registration data of a political party. And we’ve indicated that it is not ActionSA only who are in this situation. There are 14 other political parties who do not have an acronym or abbreviation,” Mosery said.

The Change Party has also cried foul over the omission of its name from the ballot list.

“If the IEC knows abbreviations are a must for the purposes of ballot papers they should have made it clear in the applications. There is no mention of such,” said Change Party founder and president Lesiba Molokomme.

ActionSA’s Ngobeni added that their registration papers clearly stated that their name was never to be abbreviated and their supporters knew them only as ActionSA.

“Further, the IEC requires that an acronym not be more than eight characters which ActionSA is not, therefore falling within the parameters of that requirement,” she said.

ActionSA is contesting six municipalities in the local government elections –  Johannesburg, Ekurhuleni and Tshwane in Gauteng as well as eThekwini, Newcastle and KwaDukuza in KwaZulu-Natal.