The former president was released on medical parole in early September following a week of violent unrest in July linked to his incarceration. 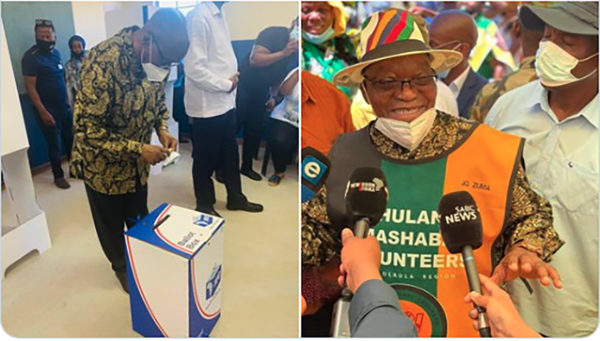 After keeping people guessing for some time about his whereabouts following his controversial release from prison on medical parole, former president Jacob Zuma showed up looking happy and cheerful at his polling station in KwaZulu-Natal on Monday.

The 79-year-old called on voters to support the ANC, which he said was more important than any individual and “fighting over politics and positions”.

Former presidents Thabo Mbeki and Kgalema Motlanthe had also turned out to vote, the difference being that neither of them were there thanks to a release from prison due to an undisclosed medical condition.

According to Zuma’s doctors, Zuma had been too ill to remain behind bars. The parole board rejected this idea, only for the decision to be overturned by the then head of correctional services, Arthur Fraser. Fraser said this week in court papers that he “feared unrest” if anything had happened to Zuma behind bars.

ALSO READ: Ramaphosa: ‘We are going to do the best’

Zuma addressed the media on Monday outside the Ntolwane Primary School in KwaNxamalala in the company of one of his wives, Gloria Bongekile Ngema-Zuma.

The former president has in years past had to endure the indignity of his neighbours preferring to vote for the Inkatha Freedom Party (IFP), although the ANC governs the Nkandla Local Municipality. Zuma said he was confident the ANC would retain the town.

His jovial mood, however, did not escape many observers, who noted that he did not look as critically ill as may have been expected. Predictably, many drew comparisons with his former financial adviser Schabir Shaik’s medical parole release in 2009, with little evidence to suggest there was much wrong with him physically either. Shaik was seen many times thereafter in public, including, most famously, on the golf course.

Some were quick to point out that there were many prisoners who have died behind bars while waiting for their medical parole to be approved. Under normal circumstances, an inmate is only released on this form of parole if they are nearing death.

One Twitter user pointed out that they would have at least expected Zuma to put on a show of being “frail”.

Zuma’s apparent good health came in stark contrast to the recent revelation that the leader of Black First Land First (BLF) Andile Mngxitama, himself a long-time Zuma supporter, had suffered a long bout of ill health and weight loss. 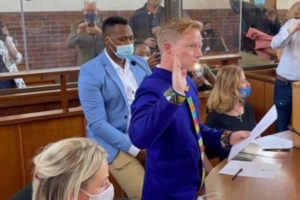 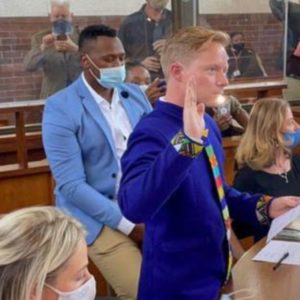