Mashaba slams IEC but happy with ActionSA’s progress so far

The results board shows that ActionSA is delivering some significant blows to the ANC and the Democratic Alliance in Johannesburg. 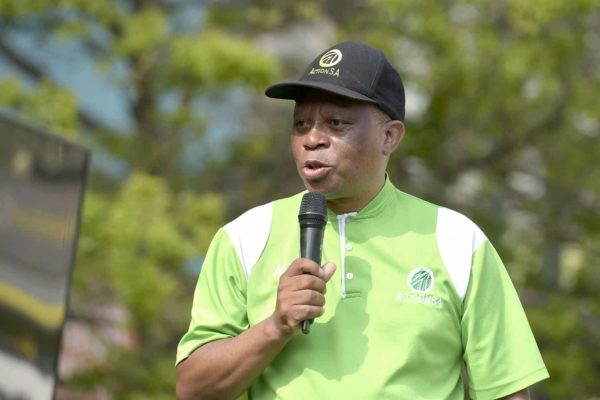 ActionSA leader Herman Mashaba is happy with what the local government election results have delivered so far, but still has an issue with the Independent Electoral Commission (IEC).

Mashaba was speaking to news broadcaster Newzroom Afrika on Tuesday from the IEC’s result operations centre in Tshwane.

The results board shows that ActionSA is delivering some significant blows to the ANC and the Democratic Alliance in Johannesburg, with close to 30% of votes counted as announced by IEC chief electoral officer Sy Mamabolo.

“If there is one political party that has got to raise an issue here its us,” said Mashaba.

“Our voters had to really vote when IEC had reduced us to a logo. We are the first political party where our candidate lists were published late. In fact, one of the wards in Johannesburg was only informed of a minor issue at last minute, and not really our fault.

He said he had found it strange that the electoral commission was hellbent on postponing the elections and spending millions on that decision, instead of investing it to voter registration.

“For me one of my main concern is the IEC’s determination to want to postpone these elections. If I look at the money that they used on that commission [Justice Moseneke Inquiry on Free and Fair Local Government Elections during Covid], to postpone the elections, you can imagine if that money was used for voter education because one of the critical weaknesses of our democratic dispensation in this country is voter education,” said Mashaba.

ALSO READ: Voters having a hard time finding ActionSA on their ballots

“We have taken power away from our people because they believe they are a nobody.

“A body like the IEC has got a huge responsibility, obviously working with us as political parties for voter education.”