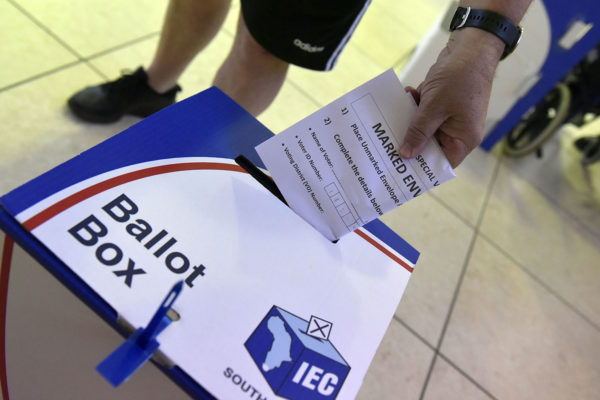 The ANC in KwaZulu-Natal says infighting and divisions within the party, as well as a low voter turnout, contributed to the party losing full control of eThekwini Metropolitan Municipality.

With vote counting completed in eThekwini, the ANC has failed to win an outright majority to govern the only metro in KZN, and now has to enter into difficult coalition talks to retain control of the municipality.

The Democratic Alliance (DA) remains the official opposition in eThekwini with 25.62% of votes, and the Economic Freedom Fighters (EFF) came in at third place with 10.48%.

But the ANC’s electoral fortunes in eThekwini have been declining over the years.

ANC KZN spokesperson Nhlakanipho Ntombela on Thursday said divisions and infighting among party members over positions had led to the ANC losing control of the metro.

Ntombela said that contributed to a lot of ANC supporters boycotting the polls due to the poor governance and lack of service delivery in municipalities controlled by the ANC.

The low voter turnout, Ntombela said, also added to the ANC’s decline in the KZN, particularly in township areas where the party has a traditional stronghold.

“For us, that was a political statement [from voters] about their grievances with regard to our performance in running the metro,” Ntombela said in an interview with Newzroom Afrika.

Ntombela said they had noticed the decline in the ANC’s electoral support in eThekwini since 2012, 2014 and 2019.

“That is the context we must give with the result we have received. Of course, we did not anticipate going less than 50%, but that’s the reality we have to accept,” he said.

Ntombela said the provincial ANC had tried on numerous occasions to intervene in the municipalities where they had challenges, including eThekwini.

“We might be late in our interventions but now and then, a number of attempts were made to turn around the situation and we believe that it helped in some of the instances.”

He said the ANC was going to do an introspection of the election results and see where it can improve to ensure they regain control of eThekwini with an outright majority.

“There are some basic services failures on our part which we must make an introspection as an organisation.

“This is a metro that was winning the housing award nationally for building houses more than the other metros in the country,” he said.

The ANC said it did not believe that the deadly July riots which engulfed parts of KwaZulu-Natal and Gauteng contributed to the drop in their voter support.

Nor does the party believe that the incarceration of former president Jacob Zuma contributed to the ANC performing below 50% in KZN.

“The issue of the former president has an impact in the province.

“He comes from this province and has popular support, but we don’t think that it impacted people not to vote for ANC when the former president has been consistent in encouraging people to come out in their numbers to support the ANC,” Ntombela said.