ActionSA ballot paper saga finally resolved, one and a half months after polls

After months of clashes with the Electoral Commission, ActionSA is happy with how its name will appear on ballot papers. 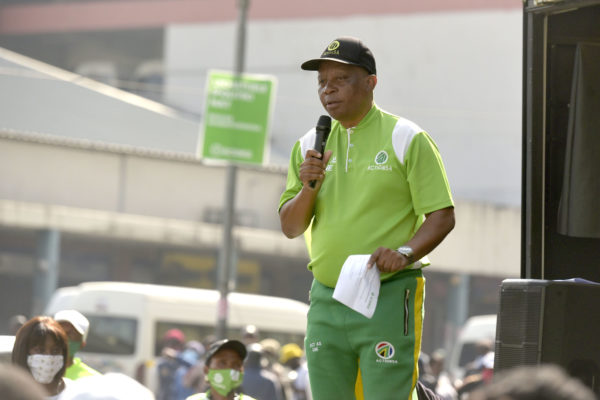 The ActionSA ballot paper saga has been finally resolved and the party is looking forward to seeing their name next to their logo on future ballots..

“ActionSA is pleased to report that the process it undertook in terms of Section 16(A) of the Electoral Commissions Act has been concluded and ActionSA will now be represented correctly on all ballot papers going forward,” said the party in a statement.

ActionSA said it is yet to receive the reasons behind Electoral Court’s judgment in October that dismissed its application relating to the absence of its name on the ballot paper for the local government elections.

“When this happens, we will consider whether to exercise our right of appeal given that the absence of an abbreviated name resulted in 25% fewer ward votes being obtained in the 2021 Local Government Elections,” said the party.

ActionSA said it had received reports from voters saying they struggled to locate the party on ward ballots at some voting stations, due to the party’s name being absent from ballots.

The party was keen to resolve the ballot paper issue before further by-elections and the national elections in 2024.

“This is why the amendment of the registration particulars was a critical and time-sensitive undertaking that could not await the supply of the reasons from the Electoral Court.

“Already by-elections are beginning to emerge across South Africa, including in provinces that ActionSA did not contest in 2021,” said the party.

The party said it will start identifying by-elections in wards where it can win and gain representation in new councils while breaking into new communities.

ActionSA said now that the ballot paper saga has been resolved it can continue the critical work of building a credible alternative to the ANC.