It 'presents far too many flaws and loopholes' and 'will not pass constitutional scrutiny'. 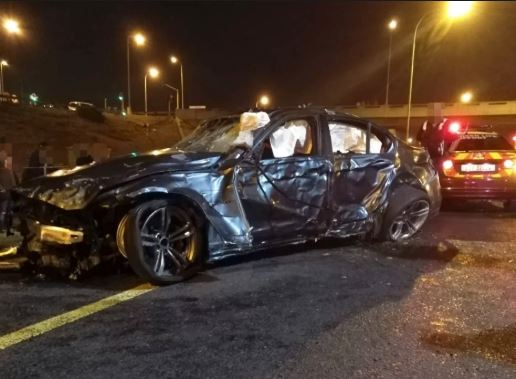 Lobby groups and experts, outraged by the progress of the controversial Administrative Adjunction of Road Traffic Offences (Aarto) Bill, have appealed to the president not to sign it or face “a barrage of investigations” and “constitutional scrutiny”.

This comes after reports that amendments to the Bill made by the National Council of Provinces (NCoP) since 2017 were approved by parliament’s portfolio committee on transport on Tuesday.

The Bill was introduced to parliament in December 2015 by then transport minister Dipuo Peters. It passed through many processes before minor amendments made by the NCoP and was sent back to the National Assembly for debate.

The Bill is now a few steps closer to being signed into law by President Cyril Ramaphosa and experts are asking him to consider the outcry of its critics.

Organisation Undoing Tax Abuse (Outa) said although they are in support of the ultimate goal of enhancing road safety, they did not support the Aarto Bill “as it stands” because it presented far too many flaws and loopholes.

Outa’s transport expert Rudie Heyneke said “we believe that this Bill will not pass constitutional scrutiny and therefore it is crucial that the president and his advisors will also take into account all submissions made by major roleplayers in the transport industry.

“If the Bill is signed into law as it stands now, Outa will challenge it. South Africa needs good, solid, unchallengeable traffic management legislation to reduce traffic violations and to enhance road safety.

“In South Africa, many people have a pathetic attitude towards traffic violations. There are too many fatalities on our roads because of people violating traffic laws and who is driving with unroadworthy vehicles. If we want to achieve positive results, we need Aarto to work 100%.

“This can only be achieved if all irrational and flawed sections are challenged and result in a streamlined Act that will ensure safer roads in SA where the law can be enforced with unchallengeable legislation behind it.”

Justice Project SA chairperson Howard Dembovsky said the system would make it difficult for anyone accused to prove their innocence.

Heyneke also said the same issues with e-tolls would arise in this situation where motorists wouldn’t be able to receive infringement notices which could lead to a person being unable to renew their drivers or vehicle licences.

Dembovsky said “to be honest, we were a bit surprised when we saw that the Bill was now accepted by the parliamentary committee. However, the Bill is still a monster as it has been before, and we will be petitioning for the president not to sign the Bill.

“It will cost an awful load of money and after we’ve realised it, there will be no way of getting it back. The Bill has been preordained from the get-go by the government who are hell-bent of passing it, but if it is passed they will face a barrage of investigations.”