But the municipality has poured cold water on allegations of nepotism or fronting in the appointment of service providers. 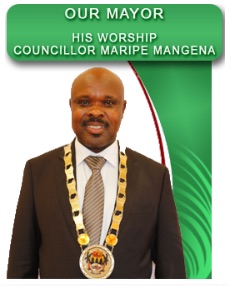 The Greater Tzaneen Municipality, which is the second biggest and richest in terms of revenue after Polokwane in Limpopo, has been rocked by allegations of nepotism in the appointment of service providers for lucrative tenders.

The companies were appointed as a pool of consultants for a period of 36 months. The panel will expire in April 2020. According to the municipality, bidders were appointed in terms of the specification criteria and compliance with supply chain management policies. But yesterday officials and service providers said the appointments were flawed because local service providers were excluded in favour of companies from Polokwane and Pretoria.

“Those appointed are from all over the country. But those that are working are either from Polokwane, Pretoria or elsewhere in the country. Companies whose owners come from Tzaneen were brushed aside,” said one aggrieved Greater Tzaneen municipality councillor, who asked to speak on condition of anonymity as he was not authorised to speak on behalf of the disgruntled officials and service providers.

“This trend paints a bleak picture for local business people here in Tzaneen. In actual fact, it says that Tzaneen is barren and cannot produce hardworking consultants who can stand the test of time and deliver a service with precision and distinction,” added the official.

A service provider, whose company was also appointed to the panel, also accused the municipality of assigning jobs only to companies whose owners have ties with those who run the municipality.

“My company is one of the 106 companies appointed in the pool of consulting companies. But since the appointment last year, I was assigned only once while other companies were assigned tasks more than 10 times,” he said. “Most of those assigned are either fronting the tender for another politician in the municipality or paid officials first before they are assigned,” he charged.

But the municipality poured cold water on allegations of nepotism or fronting in the appointment of service providers.

Municipal spokesperson Nevil Ndlala said: “The municipality would like to state categorically that there is no truth in this because there was no geographical preference in the tender specification.

“We can also confirm that there are a sizeable number of companies [included] that originate from within the boundaries of the Greater Tzaneen Municipality” “We would also like to state on record that our officials and councillors are barred from doing business with the municipality as that would be tantamount to a conflict of interest,” added Ndlala.