The smaller group of representatives are allocated seats according to their electoral support in provincial elections. 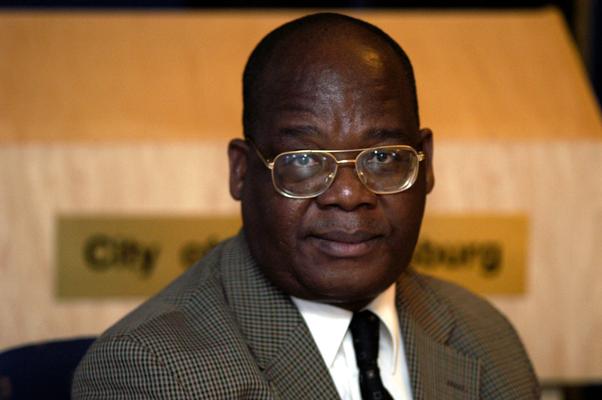 Former Johannesburg mayor Amos Masondo was today unanimously elected as chairperson of the National Council of Provinces (NCOP), replacing Thandi Modise, who was elevated to Speaker of the National Assembly yesterday.

Masondo would be deputised by Sylvia Lucas, ex-premier of Northern Cape, while ANC MP Seiso Mohai was returned to his position as chief whip.

The NCOP leadership, along with the permanent delegates of the NCOP, were sworn in by Chief Justice Mogoeng Mogoeng in the NCOP chamber in Cape Town.

The gathering was also attended by provincial members led by their premiers. The South African Local Government Association is fully represented in the NCOP.

The event went smoothly save for regular interjections and verbal taunts of sitting members by a small group of EFF members, who included the party’s MPs from the National Assembly. At one point, Masondo urged the noisy group not to participate in the House proceedings. However, the group ignored Masondo and continued to interject and almost drowned out the House discussions.

Thandi Modise watched the proceedings from the guests’ gallery, where she sat with some fellow MPs and diplomats.

In its response to the swearing-in ceremony, the EFF pledged to fight on until economic emancipation was achieved and until land was expropriated with compensation and redistributed to the masses.

[MUST WATCH]: Ntate Motsamai VOSHO his way to the podium, to be sworn in as a member of the NCOP.

EFF fought for Ntate Motsamai's release from imprisonment by National Party and successive ANC regime without asking him for anything. #EFFinParliament pic.twitter.com/XBMz3zwfYA

Mohai said members should put the interests of the people above all else.

Lucas said they had all been given responsibility to serve the people. She offered to execute the duties of her office with everything in her power and without bias.

“We must commit to ensure constituency work diligently to serve the people.”

She expressed gratitude to Modise for her earlier sterling work as the NCOP chair.

Masondo, in his acceptance speech, said they would serve all citizens regardless of who they were. He pledged to do his task as chair with dignity guided by the constitution and prescripts and rules of the House.