Meetings between the transport department, Prasa and Transnet have been planned to set the project in motion. 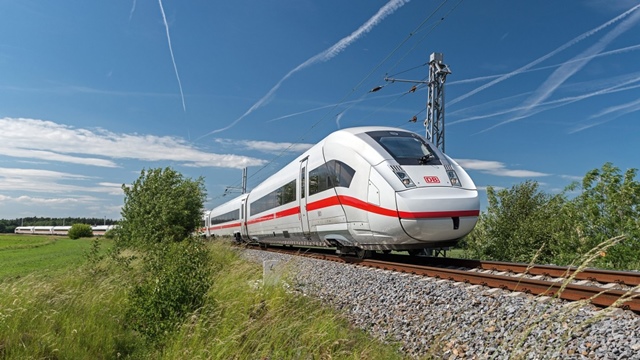 A high-speed train like this one could soon be operating between Johannesburg and Messina, Limpopo roads and community safety MEC Namane Masemola says. Picture: Facebook

A high-speed train between Johannesburg and Musina aimed at reducing the escalating road carnage on the notorious N1 between Gauteng and Limpopo is on the cards, Limpopo roads and community safety MEC Namane Masemola said yesterday.

President Cyril Ramaphosa announced the initiative during his State of the Nation address a fortnight ago as an alternative mode of transport between SA and the Southern African Development Community (SADC) region.

Masemola said meetings between the department of transport, Passenger Rail Agency of South Africa and Transnet had been planned.

“This will go a long way in reducing the escalating carnage on our roads,” Masemola said.

“We have recently experienced loss of many lives on the N1 between Johannesburg and Musina in particular. Some of these accidents were due to ‘moving coffins’ transporting unsuspecting passengers to their various destinations, including countries which use the N1 through Polokwane via Beitbridge in Musina to SADC countries.”

The MEC said the meetings were expected to chart the way forward and arrive at a starting date for the project.

“By the end of this financial year there will be great progress because both the province and country and, indeed, the international community, is waiting for the project to be off the ground,” Masemola told The Citizen.

According to the MEC, the project would create much needed permanent and temporary jobs for Limpopo people.

The province has a population of 5.8 million people with an estimated 28% unemployment rate.

Last month Limpopo topped the list of nine provinces in terms of road fatalities. The accidents included the 24 youth who died while returning from a June 16 commemoration in Sekgosese.

Masemola said his department would deploy more traffic officials on all major roads across the province.

“During this financial year we are appointing 238 young people who are currently on traffic learnership as full-time traffic officials,” Masemola said.