The Joburg mayor has asked parliament to intervene to ensure that the corruption cases brought by the City are prosecuted. 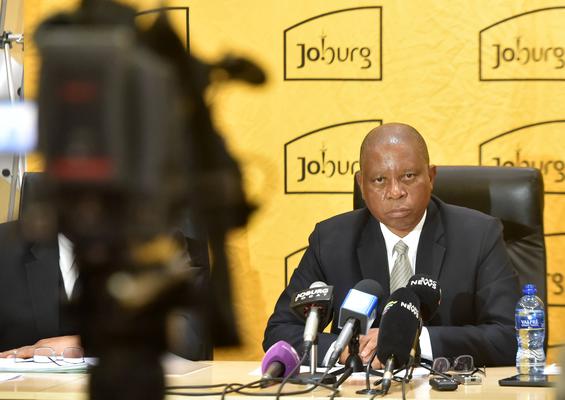 Johannesburg Mayor Herman Mashaba has written to parliament to ask for its intervention in the city, saying he has received no assistance from Hawks head Lieutenant-General Godfrey Lebeya or NPA head Shamila Batohi.

In a letter sent to the Portfolio Committee for Justice and Correctional Services – dated July 24, 2019, and which News24 has seen – Mashaba slams the National Prosecuting Authority in Johannesburg, labelling the body “utterly ineffectual in prosecuting the City’s matters”.

He asks that “the City be given the opportunity to present to the Portfolio Committee on our experiences regarding the NPA and the lack of due deference given to the City’s matters”.

“It is essential that the committee holds the NPA accountable for their failures in ensuring that they conduct themselves without fear or favour,” Mashaba wrote.

Mashaba went into detail about his office’s efforts to root out corruption in the City of Johannesburg.

“To this end, the City created Group Forensic and Investigation Services (GFIS), headed by General Shadrack Sibiya, to investigate allegations of corruption within the City’s administration and municipal entities,” Mashaba said.

He added that his was “the only municipality that has a dedicated anti-corruption unit”.

The GFIS is tasked with “investigating corruption, gathering evidence and compiling reports”.

These reports are then handed to the South African Police Service or the Directorate for Priority Crime Investigation (commonly known as the Hawks) for a docket to be opened and, if necessary, prosecution.

Mashaba, however, said that when cases got to the NPA they were either stalled or withdrawn unnecessarily.

In the letter, Mashaba gives an example of a case he says was unnecessarily withdrawn by the NPA – the Mbali McClaire matter, which was highly publicised in the media.

McClaire was accused of devaluing properties to the value of R500 million, resulting in the City losing about R20 million in rate payments.

Until a story by Carte Blanche was aired in 2016, no progress was made on the matter, Mashaba said.

When the matter was to be heard in court, it was withdrawn in 2017.

Mashaba said the DPCI said this was because both it and the NPA had been unable to track down the owners of the properties that were devalued.

“This is astounding as one of the properties that was devaluated was 64 Eloff Street, which is the landlord of both the (Specialised Commercial Crime Unit) SCCU and the DPCI as both their offices reside in 64 Eloff Street,” Mashaba said.

Mashaba added that there were many more cases which had received “inadequate attention” from the NPA.

Advocate Andrew Chauke from the DPP updated Mashaba on matters being heard by the SCCU after he wrote to him.

Mashaba, however, was not impressed with this.

“What was clear from the update was that very little progress had occurred on the City’s matters.

“I found this deeply disturbing, as all of the matters had been investigated by GFIS and all the documentary evidence was provided to the SAPS and/or the DPCI.”

“Upon receipt of Advocate Chauke’s further status report, it was abundantly clear that the NPA was not engaging in good faith as no real progress had occurred.”

As a result, Mashaba escalated the issue to Batohi and Lebeya on two occasions to ask for their intervention.

However, Mashaba said, he never received a response to this letter.

“It became abundantly clear that the City would not receive the urgent intervention as requested.”

In another letter to Batohi and Lebeya, dated May 16, 2019, attached to the correspondence to the Justice Committee, Mashaba slammed the justice system.

“The above situation leaves me with no choice but to believe that our criminal justice system is either dysfunctional, incompetent or captured, unless this can be proven wrong.”

Mashaba further requested a nolle prosequi (a notice of abandonment) to be issued, where the NPA decided not to prosecute certain matters.

However, Bulelwa Makeke, head of communication for the NDPP, said they had never received this correspondence.

“The office of the NDPP has been unable to trace the correspondence from the Executive Mayor’s office,” Makeke told News24. She said the matter was being addressed.

“The NDPP will follow up urgently with the DPP South Gauteng, Advocate Andrew Chauke, for the relevant background and status of the cases referred to. [Batohi] will take appropriate action based on the report received from the DPP, and will liaise with the Executive Mayor’s office accordingly,” Makeke added.

Luyanda Mfeka, spokesperson for Mashaba, told News24 that despite the NDPP’s office not receiving the communication, it was sent to a number of other officials who “seemingly, neglected to ensure the correspondence reached the required office.”

“The Executive Mayor has over the past year been corresponding directly with Adv. Chauke, the DPP for Johannesburg – it is strange, in our view, that matters of such a serious nature were not escalated to the NDPP,” Mfeka said.

He added, “The office of the NDPP has since promised to urgently follow-up on the matters raised by the Executive Mayor.”