There were many 'tseks!' among the politer responses to the proposal, while others quipped that they may as well also pack bail money in the cooler box. 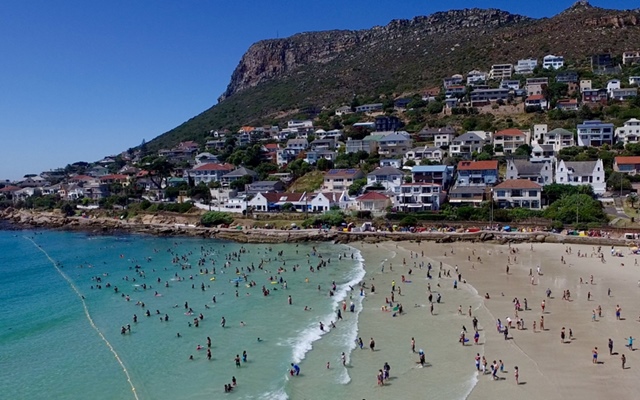 People who are outraged by the City of Cape Town’s proposal to ban swearing on beaches have until September 2 to oppose this and a raft of other possible by-laws intended to protect the coastline and all who use it.

This is after the City of Cape Town’s 17-page Draft Coastal By-Law caused an uproar with the proposal that no person may in the coastal zone “use foul or indecent language”.

There were many “tseks!” (go away) among the politer responses to the proposal, while others quipped that they may as well also pack bail money in the cooler box.

But the city’s Mayoral Committee Member for Spatial Planning and Environment Marian Nieuwoudt said a key emphasis of the Draft Coastal By-Law is to ensure that the public’s right of access to, and use of beaches as public spaces, is entrenched and protected as a fundamental public right in perpetuity.

“One of the most important aspects of the proposed by-law is that it will give the City the legislative powers to enforce the public’s right to access and enjoy our beaches and sea.

“Some residents are claiming the beaches or parcels of land in front of their properties as their own private areas by either extending their homes or gardens, sinking swimming pools, or building walkways with ‘no-access’ signs on it. Our coastline belongs to all South Africans, and the by-law will be used to entrench this right,” said Nieuwoudt.

The wide-ranging proposals in the document also include:

– The proposed banning of slaughtering (livestock) on the beach without permission;

– A ban on bringing glass containers to the beach;

– A ban on beach house owners preventing access to beaches in front of their properties via signage or erecting “defences”;

– No fires or fireworks without permission, and no Chinese lanterns;

– No beach sleep overs, and no vendors, unless permission is granted;

– No littering along the coastal zone, nor interference with or causing damage to wild animals or plants;

– No pruning coastal shrubbery without permission, or draining water into the sea from private land;

– No fossils or historical artifacts can be removed, disturbed or dug;

– Children can dig on the beach and build their sandcastles;

– No diving or playing within 50m of a pier or vessel launching place;

– No vehicles on the beach without a permit;

– Sunday picnic aunties must restrict their gazebos to 9m squared; and the gazebos must not be “unsightly”.

– Sea craft cannot go within 100m of a bather unless in an emergency or unless they are law enforcement;

– Fishing in a tidal pool is prohibited;

– No loudspeakers, amplifiers or similar equipment, nor entertainers, without permission;

– No indecency or lewd acts;

– Dog poop must be picked up, wrappers for the dog poop must be carried, and dogs can only be on the beach unleashed in designated areas. Guide dogs are excluded from some of the dogs-on-the-beach rules;

– The city could also regulate the number of people on a beach or coastal facility, decide whether to charge a fee to be there, and either remove a person being a nuisance or close a beach if it feels there is a need or a safety risk, for shipwreck or to help a beached animal;

– The proposals also outline search and seizure powers, with, or without a warrant.

According to the by-law proposal document these proposed measures are intended to manage and protect the coastal zone, control and regulate public access and behaviour at beaches and beach areas.

August 24 from 10:00 to 12:00 at the Khayelitsha Training Centre on the corner of Lwandle Street and Phendula Crescent;

August 27 from 19:00 to 21:00 at the Strand Subcouncil Chambers on the corner of Fagan Street and Main Road.

The amount of possible fines is not stated, but the proposals explain how compliance notices and fines will be issued.