Drive safely, comply with traffic officials and make more use of public transport was the message of President Cyril Ramaphosa's first Transport Month launch, held near the busy N3 in Heidelberg on Saturday. 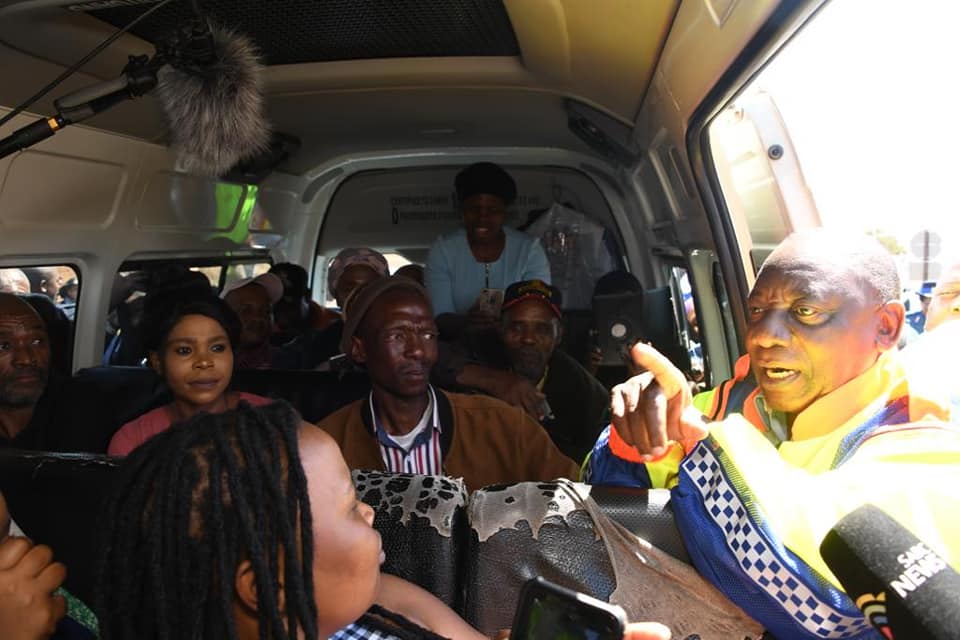 “Our roads won’t become safer unless we change our attitudes as road users,” said Ramaphosa, remembering those who had died in one of the around 14,000 road accidents a year in South Africa.

Ramaphosa believes that safer roads are not all about more police and greater enforcement, but what pedestrians, drivers, passengers and cyclists think, feel and do.

“Safer roads begin with providing safe and comfortable transport for workers, instead of bundling large numbers of people onto the backs of exposed vehicles, in clear disregard of the value of life or in violation of our law,” said Ramaphosa in a speech prepared for delivery.

“Safer roads begin with checking our vehicles and keeping them off the road if they are not roadworthy.

“Safer roads begin with understanding that no-one owns the road, and that roads are stretches of infrastructure we share as citizens for our common benefit.

He was accompanied by other officials including Transport Minister Fikile Mbalula and Gauteng Premier David Makhura.

Ramaphosa said that there should be no need for families to plant crosses of remembrance and flowers along sidewalks and roadsides.

“It is through our individual sense of responsibility that all of us will arrive alive, uninjured and without any infringements, fines or judgments against our names, all of the time.”

He said that in addition to the immense human cost of fatal accidents, the economic cost is estimated to be around R147 billion every year.

“We must arrest this dire situation for the sake of preserving the health of our people and the productivity of our country,” said Ramaphosa.

“Public transport is not just about moving us from place to place, but it is about putting us in shared spaces where we are able to build bridges between individuals and communities.

“But where public transport fails, or does not exist, or is inadequate, the lives of our people cannot improve.”

In addition to other projects, October will also see the launch of three more bus rapid transit systems in different municipalities across the country.

These are the Harambee Pilot Rapid service from Tembisa, Kempton Park, Isando and OR Tambo; Leeto La Polokwane in Limpopo; and the Go Durban BRT in Ethekwini.