Millions down the drain as Tshwane houses must be rebuilt

The City of Tshwane has denied that houses will be demolished and rebuilt, but the MEC has already said it's happening. 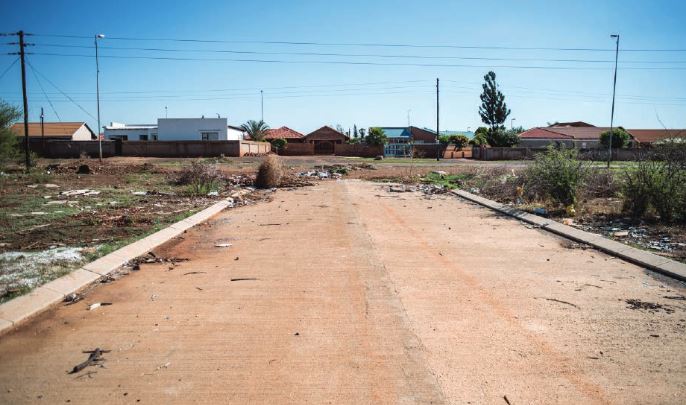 An abandoned multimillion-rand housing project in Ga-Rankuwa Unit 10 in the City of Tshwane will be demolished and rebuilt at an extra cost after contractual disputes with the contractor who abandoned the project in June this year.

According to Gauteng Human Settlements MEC Lebogang Maile, who was responding to written questions tabled in the Gauteng Provincial Legislature, an amount of R34,170,591.36 has been spent so far in building these houses. which will go down as waste.

“This is a waste of taxpayers’ money and we can no longer tolerate such abuse,” said Kate Lorimer, the Democratic Alliance (DA) Gauteng shadow MEC for human settlements and COGTA.

She said the housing project was initiated in May 2011 and was supposed to be completed on 30 June 2014 and the initial budget was R190,988,838. Maile said these incomplete houses were assessed by the National Home Builders Registration Council (NHBRC) and a consulting engineer, who recommended that the structures on site be demolished and rebuilt.

These houses had been vandalised, the walls partially demolished, and the bricks stolen, as well as the window frames and door frames.

“This clearly indicates poor planning, poor project management and misappropriation of funds from the department as these houses were left incomplete for over eight years and were vulnerable to vandalism,” said Lorimer.

The project was expected to resume before the end of the current financial year, 2019/20, as there was budget allocated for the project.

“This is one of many unfinished housing projects that have been abandoned by this department,” she said.

Maile said the contractual disputes were before the court and the new completion date for the project would be determined once a new contractor had been appointed.

If this project is completed, it will ease the housing backlog in the province, which has reached over a million.

However, the MEC said there was no current contractor on site as the contractor who was appointed abandoned the project in June 2019.

According to a City of Tshwane document seen by The Citizen, the city is demanding that the appointed service provider repay the amount that was paid for work not completed.

However, City of Tshwane spokesperson Lindela Mashigo denied that the houses would be demolished.

“There is no demolition of houses in Ga-Rankuwa Unit 10,” said Mashigo, despite MEC Maile’s written response to this effect in the provincial legislature.