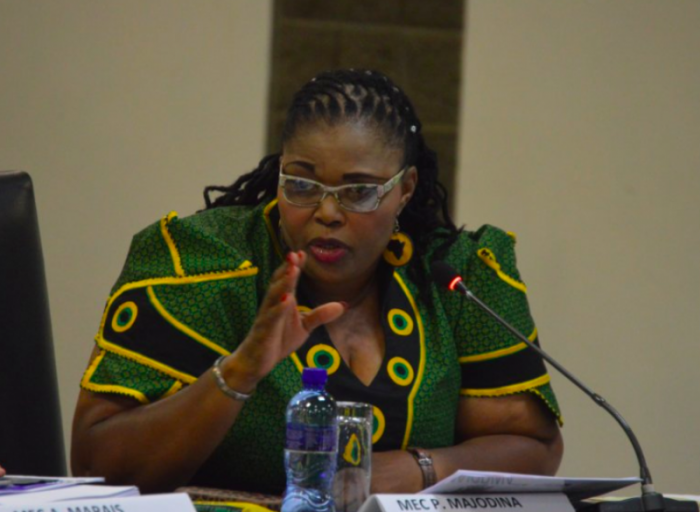 Seven months after President Cyril Ramaphosa tabled the first state of the nation address (Sona) after last year’s elections, the ANC is expecting a progress report on how he is faring in delivering their manifesto, especially in terms of economic growth.

News24 spoke to ANC chief whip Pemmy Majodina on Thursday morning on the steps of the National Assembly’s entrance as the final preparations for the evening’s Sona were made.

She highlighted the priorities she wants to hear in Sona: Investment, youth unemployment, the drought, gender-based violence and femicide, state-owned enterprises (SOEs), health and education.

“We know that the president has hosted several investment conferences to mobilise resources and there were commitments and pledges that were made,” Majodina said.

“So today, we expect him to say how much was collected, what is it going to be used for, in terms of other countries coming to invest, in terms of the motor industry, etc. So we expect that report.”

“The president must give us a turnaround strategy to say: ‘What are the plans that are there for young people’.”

She said there were “teething problems” with the National Student Financial Aid Scheme (NSFAS), which were regrettable.

“But I know that minister [Blade] Nzimande is attending to that.”

“There was a plan launched three months ago. The president will update us on that because we need an intervention for rural people as well as the farming community because they are affected severely,” Majodina said.

“The president outlined the plan in September, how to mobilise all society to come and work together, because gender-based violence happens in privacy, in most cases. It needs active citizenry. So, the president will update us on all the plans that were put forward.”

Majodina said not all SOEs were in as bad a shape as SAA and Eskom, and this should be recognised.

“With SAA, we are very firm as the ANC in saying we must keep SAA, but not in its total form and nature. We have to restructure SAA, but in doing that restructuring, we must also re-skill employees, and make SAA stable in terms of management, financial stability and to be a revenue-generating company,” she said.

“But SAA must fly our skies, especially domestic skies. It must fly here before it thinks about flying and stretching its wings all over the world. But we must sustain the routes that we have.

“Also, on Eskom, the on and off of Eskom, it affects economic growth, it affects the livelihoods of ordinary people. And we are saying, Eskom must come to its senses and do things correctly. If the issues are of infrastructure, let’s attend to that, but let’s also attend to the management situation of Eskom. Because we want to see these SOEs taking us forward because they are there to promote tourism. They are there to promote growth.”

“These are two priorities that are always treated as twins and with education, they’ve done very well in 2019. Hoping that we’re going to do very well as well moving forward,” Majodina said.

“But also, in health, there are challenges, especially in the public health system. I know there is a plan. The ministers of these departments will be able to unpack all the plans.”

Possibility of an EFF disruption

In the run-up to this year’s Sona, the EFF has threatened to recycle its Zuma-era tactic of not allowing the president to speak.

This time the grievance is the presence of Public Enterprises Minister Pravin Gordhan in Cabinet.

Majodina said there were 14 parties in Parliament, and 13 parties “are saying any disruption here is anarchy”.

“And I’m saying that we’re not entertaining anarchy. The presiding officers must act in accordance with the rules that were passed, of which the EFF is part,” Majodina said.

“We cannot just bring unnecessary grievances in the state of the nation address. There are platforms which people can engage. They can go to the Presidency and can engage the president. But you don’t bring your disruption to Parliament. That is to undermine the South Africans.

“People are here to listen and they want to know what is the way forward in terms of the hardships that they face. Not anarchy. Not disruptions. Sona disruptions will be met by high discipline.”

“Our ANC MPs, they are all aware they must just be calm and allow the presiding officers to do their work. And I know they are going to do that, even other political parties.”

“Caucus is very ready for the action,” Majodina stated.

“And now we are saying, this year must not be business as usual. We must just highlight not more than 10 priorities as caucus to say these ones we want to follow to the letter so that come the next SONA, at least there must be progress.

“That progress can only be there if we have robust oversight as the ANC. And rest assured, our ministers, we are not treating them with kid gloves. When we are supposed to be tough, we are very tough on ministers, because ours is to bring a turnaround plan in all departments, to deliver on what the president has committed to.”