Gauteng ready for level 3, but it’s up to NCCC – Makhura

Makhura said he understood calls that the economy be opened, but it had to be done carefully, with processes aimed at protecting employees in place. 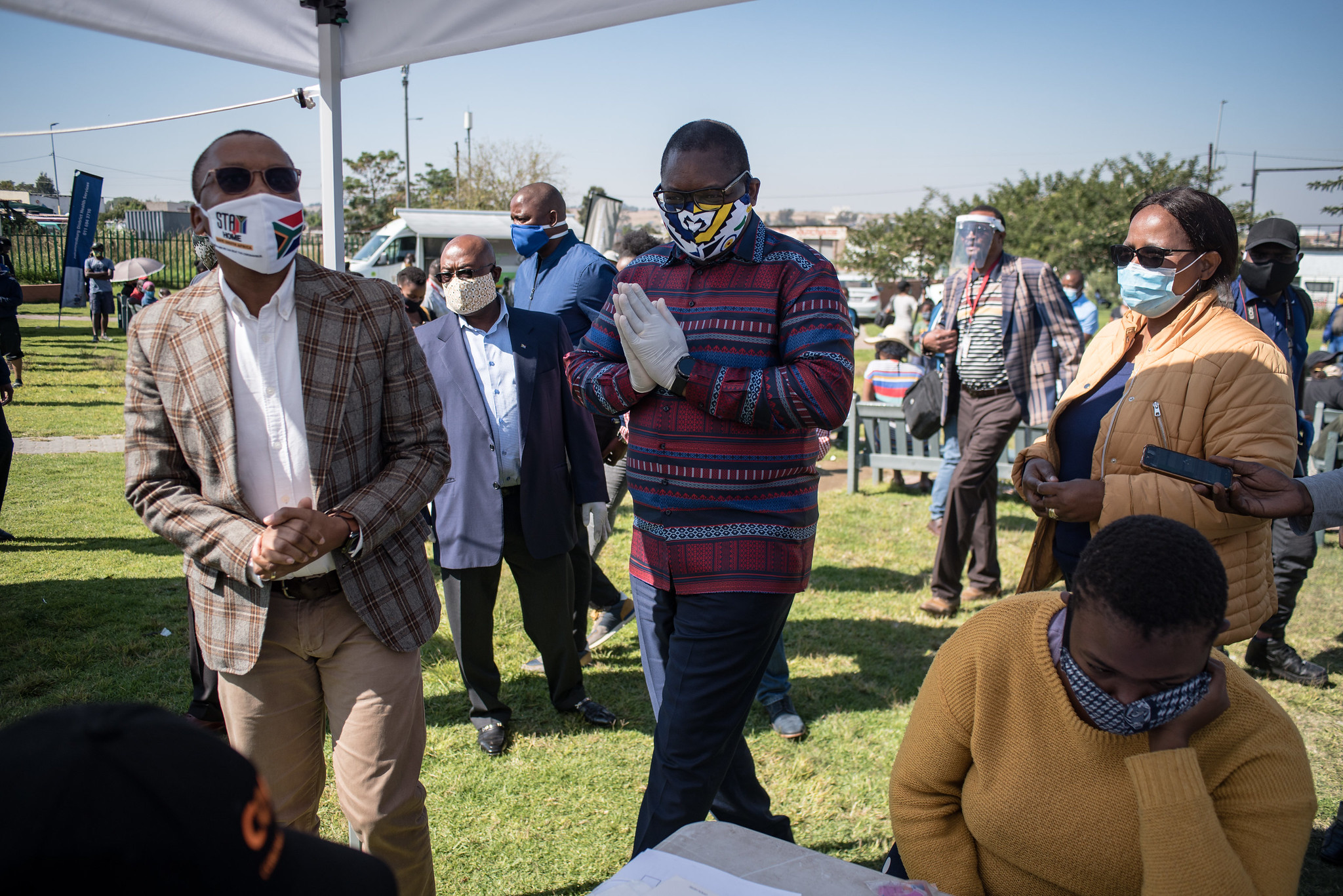 Gauteng Premier David Makhura can be seen in Diepsloot where residents are being screened and tested for the coronavirus at a testing site in the Diepsloot Park, 8 May 2020, Johannesburg. Picture: Jacques Nelles

While Gauteng Premier David Makhura says he believes his province is ready for level 3 of the Covid-19 lockdown, that decision will still be made by President Cyril Ramaphosa’s National Coronavirus Command Council (NCCC).

On Wednesday, the premier and his executive visited manufacturing companies around the province to assess the level of compliance ahead of the relaxation of lockdown regulations at the end of May.

South Africa is currently under a lockdown, which has 5 alert levels, with level 5 being a hard lockdown with reduced economic activity, while level 1 would see sit-down restaurants and sporting facilities being reopened.

On Tuesday, Makhura told the Gauteng Legislature that the entire province would move to level 3 in June. He said it couldn’t work for some parts of the country’s economic hub to be on level 3, while others remained on level 4 or some even shifted to level 2 as regions and districts were all interconnected.

“Yes, we want the economy to open, we would like to return to some kind of new normal but the decisions as to who goes to what level will be made by the NCC [NCCC],” Makhura told journalists on Wednesday, while on tour of the BMW plant in Rosslyn, Pretoria.

The premier said his executive would do all it can to ensure the whole province moved to the next risk-adjusted level of the Covid-19 lockdown.

It’s understood he made a recommendation to Ramaphosa on Saturday on his view that all districts in Gauteng should be on the same level.

This was when the president held a virtual meeting with premiers and mayors following his announcement to the nation that some parts of the country were ready to move down from Level 4.

The ANC in Gauteng was also said to have been briefed on the proposed move, with one provincial leader saying it was briefly discussed during a Covid-19 update at the provincial executive committee (PEC).

“It just isn’t practical to try a disjointed move. In Gauteng, some areas are separated by a street, our cities are not two hours or so apart from one another. It makes sense for a single approach to the entire province,” said the Gauteng ANC PEC member.

While Makhura said he understood calls that the economy be opened, it had to be done carefully with processes aimed at protecting employees in place.

Stressing the need for compliance, he said government also did not fear taking action against companies that were not in compliance with lockdown regulations as set out by the national government.

These include social distancing, sanitisers and, where possible, the provision of personal protective equipment.

“Where (an) employer doesn’t comply, it must be clear there shall be no mercy,” Makhura said.

The premier added that those taking chances were putting the lives of employees at risk.

He further made an example of a Centurion-based factory shut down by government, and said he continues to hear of attempts to reopen without putting safety measures in place. He warned that his government would turn to the courts.

“We, too, can go to court as government, get an interdict to ensure no business operates without putting in place measures to protect employees,” the premier said.

Makhura said a field hospital would also be set up in Rosslyn, near Soshanguve, to assist with potential cases in the northern parts of Gauteng.

The Nasrec expo centre has already been turned into a field hospital with the capacity to cater for up to 2,000 patients.