Government denies reinstating alcohol ban amid calls for its return

On the day the ban was lifted, the Chris Hani Baragwanath hospital recorded 117 trauma cases. 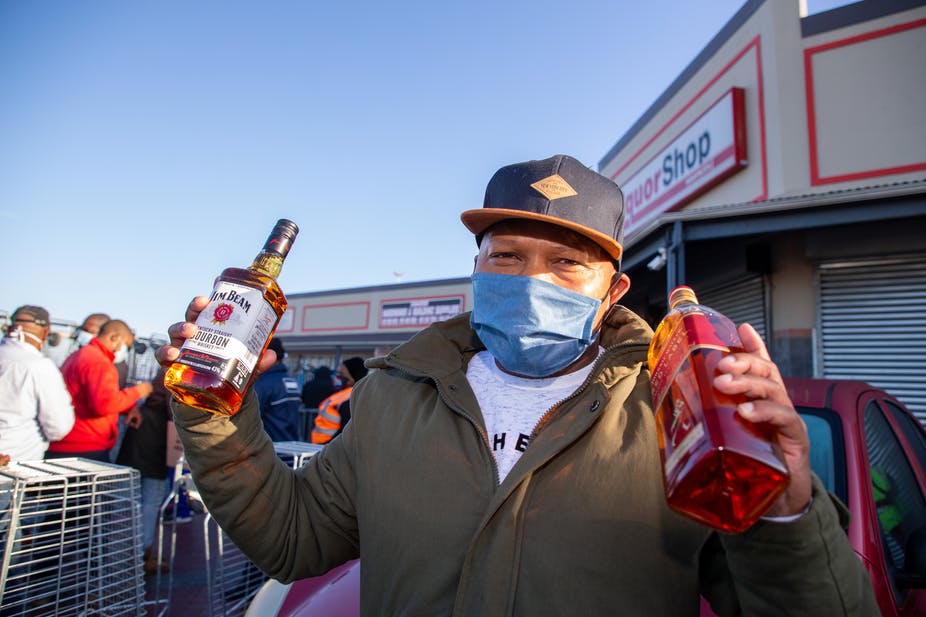 The ban on the sale of alcohol has been reinstated. Roger Sedres/Gallo Images via Getty Images

Mtshali was responding to public comments alluding that the ban might be reinstated.

Although Mtshali could not comment on whether the national coronavirus command council was discussing the matter or not, he said the government had not taken any decision to reinstate the ban on alcohol sales.

At the time of publishing, Government Communication Information System (GCIS) spokesperson Phumla Williams had not yet responded as to whether Cabinet was discussing the possible reinstatement of the alcohol ban.

In April, Police Minister Bheki Cele was highly criticised after expressing his wish for the alcohol ban in the country to be extended beyond the initial 21-day national lockdown because of the significant drop in the number of violent crimes reported at the time.

The police minister told City Press at the time: “It is a known thing that alcohol is part of the crime generators … Most people who are murdered or sexually abused, it usually starts on Thursday until the end of the weekend [and] those people will be found at alcohol outlets. My first prize would be that we shut down alcohol, but I know we cannot do that. Nothing tells me that taking alcohol will make life easier.”

Also read: No way public will allow ban on booze sales to return

Since the start of lockdown Level 3 and the lifting of the alcohol ban, there have been 18 alcohol-related deaths in Gauteng.

This was according to community safety MEC Faith Mazibuko, who spoke at a Gauteng provincial command council media briefing on Covid-19 on Friday.

She said pedestrians, motorists and motorbike riders were among the fatalities.

Mazibuko urged the public not to drink and drive as she reiterated President Cyril Ramaphosa’s call for people to consume alcohol at their homes only.

Gauteng health MEC Bandile Masuku told the media on Friday the department was worried about the surge in trauma cases since the sale of alcohol was allowed again, possibly overwhelming state hospitals.

“There is nothing positive emanating from the sale of alcohol. We have since had a surge of numbers in our casualty units, particularly our trauma units from Monday,” he said.

Masuku said with more alcohol-related trauma cases that health facilities needed to respond to and more Covid-19 cases admitted, there might be a competition for hospital beds in the province.

On the day the ban was lifted, the Chris Hani Baragwanath hospital recorded 117 trauma cases.

The cases were of gunshots, assaults and stab wounds amongst others.

On Monday, Eastern Cape Premier Oscar Mabuyane called on the provincial command council to lobby national government to reinstate the ban on the sale of alcohol.

He said during an interview with eNCA: “Alcohol is a problem generally and in our command council as a province, we said probably we must go back to national and lobby to really close down this problem of alcohol…”

“We can’t be a country that celebrates liquor in the manner which we have seen; people demonstrating and singing. It is very unfortunate that we can even think that we can grow our economy through alcohol and all those kinds of issues. It gives us a major problem.

“Even in funerals, some people still drink while the funeral is going on on the other side. Yes, funerals remain a problem in terms of the numbers even though it has been lowered to 50.”

The province has the second-highest cases of Covid-19, followed by the Western Cape.

The Economic Freedom Fighters (EFF) has also been vocal about the alcohol ban staying intact, saying lifting the ban will undo all the efforts of the past three months.

“South Africa’s healthcare system is already overburdened; hospitals are overcrowded with a shortage of medical resources and dilapidated infrastructure. As such, should the government continue to permit the sale of alcohol, then they will be condemning South Africans and all her people to untimely deaths.

“The national lockdown regulations that prohibited the sale of alcohol and tobacco products gave us an opportunity to imagine a different reality across various spheres of our nation and should we continue on this trajectory, we will have undone all the efforts of the past three months.”