The husband of the presidential spokesperson says his wife had nothing to do with his business dealings, but there appear to be several contradictions in his story. 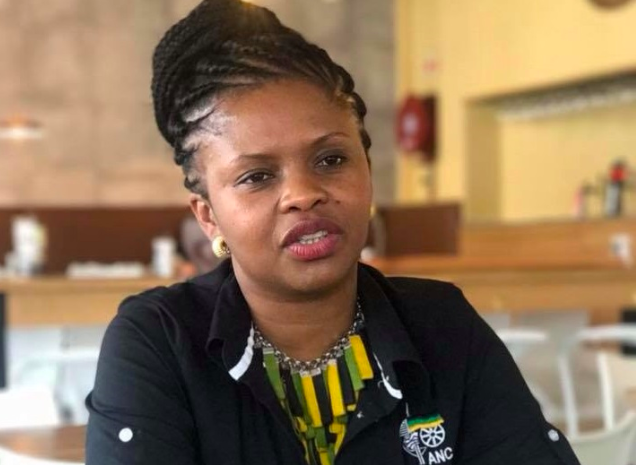 Husband of presidential spokesperson, Khusela Diko, King Madzikane II says it is an irrational decision by the ANC Gauteng to subject his wife to the party’s provincial integrity committee (PIC), because she has nothing to do with his dealings with the provincial department of health.

He said health MEC Dr Bandile Masuku also had nothing to do with his company, Royal Bhaca Projects, which won a R125 million contract to supply personal protective equipment (PPE) to the department. The contract had caused a huge furore due to a conflict of interest due to Khusela’s proximity to President Cyril Ramaphosa and as ANC PEC member.

The King’s dismay came as the Gauteng ANC yesterday shifted its responsibility to discipline Diko and Masuku to the PIC, whose recommendations are often ignored by the governing party.

Diko and Masuku, who are members of the ANC PEC, as well as Masuku’s wife, Loyiso, who is City of Johannesburg’s MMC for corporate services, are expected to appear before the PIC.

Loyiso is also expected to take leave of absence as a result of what the ANC provincial secretary, Jacob Khawe, called possible “tender bonanza” in the provincial health department. She is a friend of Khusela Diko and that is also believed to have influenced the awarding of the contract to Diko’s husband by the Gauteng health department.

King Thandisizwe Diko has since denied any wrongdoing, saying he asked for the contract to be cancelled, and although he supplied the equipment, his firm, Royal Bhaca Projects, was not paid a cent by the Gauteng health department. His wife Khusela had apparently insisted that he must pull out of the contract.

“Indlovukazi warned me when I won the tender but I went ahead anyway,” he said.

He says they later asked the department to cancel the contract, which they did, but not before contradicting himself in an interview with SABC, when he said there was no tender awarded to Royal Bhaca Projects.

“Did I deliver? Yes I delivered, but Royal Bhaca did not get a cent, it was not paid. We felt RBP should withdraw from it, she insisted that I should pull out of it because it would cause problems,” Madzikane said.

Now the traditional leader from the Eastern Cape says the ANC’s decision to send Khusela and Masuku on leave of absence or subjecting them to PIC investigation was “irrational” because they had nothing to do with his business.

When asked if he did not see anything wrong doing business with government when his wife was the spokesperson for the President of the country, Madzikane said: “ I don’t think so.”

The PIC has proven to be powerless after its recommendation that the PEC must take action on allegations of corruption against former Health MEC and party chief whip Brian Hlongwa, following his alleged fraudulent purchase of property in Bryanston, north of Johannesburg.

On Wednesday at the funeral service of Rivonia trialist Andrew Mlangeni, his friend Malose Kekana revealed that the stalwart was frustrated by the ANC NEC’s failure to implement the recommendations of the Integrity Commission. He said the best way to honour Mlangeni was to change the ANC constitution and make the commission independent of the NEC, having it report directly to party conference.

Khawe was expected to meet Gauteng Premier David Makhura on Thursday to discuss Masuku’s replacement as MEC, and the R125 million contract awarded to Diko’s husband.

Khawe said the PEC resolved that Diko and Masuku should take leave of absence subject to the parallel investigations by the PIC and the Special investigative Unit. The duo themselves had asked to be subjected to the process. Diko was already on voluntary leave of absence as Ramaphosa’s spokesperson.

“We call on ANC members to step aside a bit when there are allegations against them,” Khawe said.

However, Khawe said as the PEC, they had no doubt Masuku has been doing very well in the fight against Covid-19.

“What happened will not reverse the fact that Gauteng was doing well on coronavirus. We want the premier to ensure that whoever fills those big shoes during the period of the PIC and SIU, is the right person,” he added.

Khawe said when the PEC met with Diko and Masuku, no contract cancellation letter was produced and the leadership did not ask for it. They expected that to be dealt with by the PIC, which was expected to give a report to the PEC in a fortnight.

He said if members of the ANC are implicated or accused or found to be corrupt, action will be taken regardless of who they were to protect the party brand.

“The ANC brand should always be under scrutiny.

“The PEC had never been paralysed when it comes to making decisions… our decisions taken against our members are consistent. When it comes to our brand, we ask them to step aside, the brand is bigger than anybody,” Khawe said.