The SIU says the officials have been summonsed to pay back to the state an amount just below R30 million, in connection with PPE corruption in Gauteng. 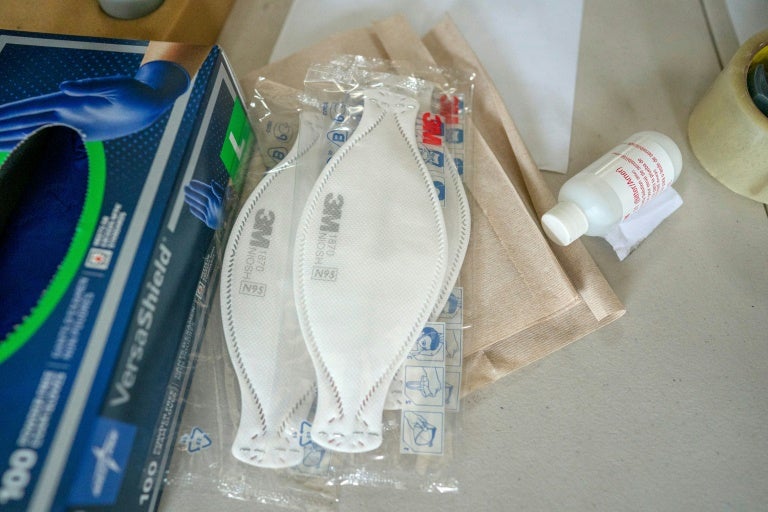 (This picture is for illustrative purposes.) AFP/Alex Edelman

The Special Investigating Unit (SIU) has issued a summons to officials at the Gauteng department of health for them to pay back to the state an amount just below R30 million.

Kaizer Kganyago, the SIU’s head of stakeholder relations and communications, said the summonses were issued as part of its ongoing investigation into allegations of corruption in the procurement of personal protective equipment (PPE) in the province.

Those who were issued with a summons include the department’s former CFO Kabelo Lehloenya, Kganyago said.

Kganyago said a few months ago the SIU froze Lehloenya’s pension money as part of its investigation.

He said the matter was now expected to head to court, with it scheduled for 6 October, however, the court is yet to confirm this date.

Kganyago said the officials who were issued with the summonses are yet to respond to them.

Meanwhile, an official was recently suspended by the department for alleged PPE corruption.

The department recently made headlines over the awarding of PPE contracts worth millions to disputed AmaBhaca king Madzikane II Thandisizwe Diko.

He is the husband of Presidency spokesperson Khusela Diko, who also sits on the ANC’s Gauteng provincial executive committee.

Diko has taken a leave of absence from all official roles in government, pending investigations into the allegations.

Gauteng Health MEC Bandile Masuku is currently on special leave over the matter.

The ANC provincial integrity commission has found that Masuku failed to practice adequate oversight of the PPE contracts awarded by the department.

Masuku’s wife, Loyiso,  who is a Joburg City councillor, is also on leave pending the investigation into the matter.