The president says government is making every effort to improve communication and ensure that all social partners are more directly involved in the development and implementation of the plan. 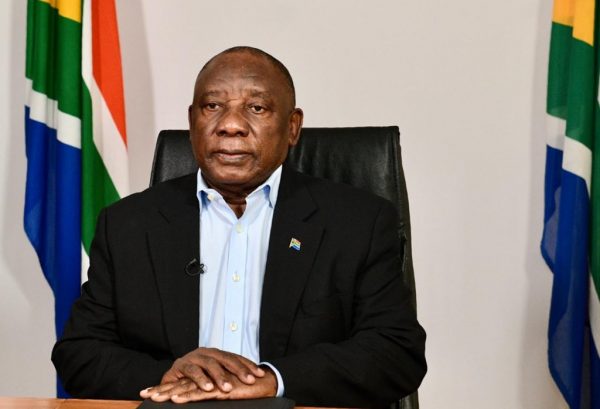 President Cyril Ramaphosa on Monday said the government was aware of concerns raised in society that it had not been sufficiently transparent about the country’s Covid-19 vaccination programme.

Ramaphosa said government was making every effort to improve communication and ensure that all social partners were more directly involved in the development and implementation of the plan.

“We are aware of concerns in some quarters that government has not been sufficiently transparent about these efforts. Organised labour has been prominent among those in society who, quite correctly, have sought answers from government on the details of the vaccination plan,” he said.

The president was speaking at the annual Nedlac Organised Labour School, which was held virtually.

Ramaphosa is expected on Monday to receive the country’s first one million doses of the Oxford-AstraZeneca vaccine from the Serum Institute of India at Johannesburg’s OR Tambo International Airport. He will be joined by his deputy David Mabuza and Health Minister Dr Zweli Mkhize, among other officials.

He said the restrictions that government had put in place in the fight against the Covid-19 pandemic had had a severe impact on the economy and job losses.

However, Ramaphosa said the consequences could have been far worse if the government had allowed the pandemic to “decimate our population”. He said the government had to maintain a difficult balance between containing infections as much as possible while trying to limit the disruption to the economy.

“We have done so knowing that the effects of an uncontrolled pandemic would not only cause great human suffering now, but could potentially cause our economy irreversible damage,” Ramaphosa said. “That is why we need to overcome this pandemic – not only to save lives but also to protect livelihoods, now and into the future.”

He said organised labour would play a critical role in ensuring that the vaccines reach millions of workers, and ensuring they are informed and empowered.

“Many of those who have been prioritised in the first two phases – health care and other frontline workers in particular – are members of the unions represented here. It is vital that they are ready to be vaccinated and that the doses reach them without undue delay.

“We have had engagements with employers in a number of sectors who have committed to working with the health authorities to ensure that their employees are vaccinated. They need to bring organised labour on board so that there is proper consultation, effective coordination and speedy implementation,” Ramaphosa said.

He said government was moving with urgency to implement key economic reforms like removing regulatory barriers that increase costs and create inefficiencies in the economy, securing SA’s energy supply and freeing up digital infrastructure.

“We are also proceeding with the development of master plans in those sectors of the economy with the greatest potential for growth and job creation,” he said.

Regarding calls by some unions and labour to extend the Special Covid-19 Grant and the special UIF TERS scheme, Ramaphosa said government needed to “balance this clear and pressing need with the imperative to ensure the sustainable and responsible management of our severely constrained public resources”.

“We remain committed to working with our social partners and all stakeholders to resolve these issues and ensure that livelihoods are protected as our economic recovery takes effect,” he said.