Senzo Mchunu's sobering visit to Limpopo province laid bare the failure of the government to provide water supply to SA's most vulnerable. 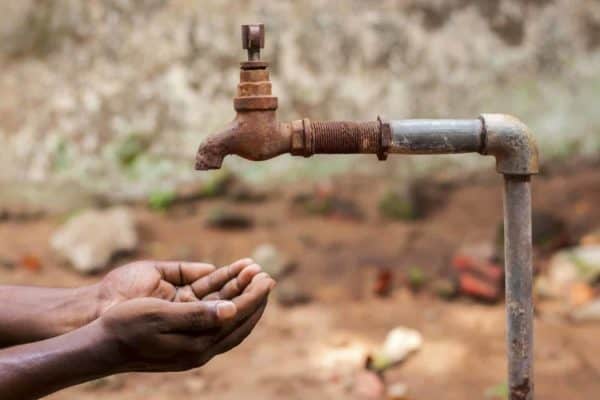 Water and Sanitation minister Senzo Mchunu will embark on a walkabout for water in Limpopo. Picture for illustration: iStock

Water and Sanitation Minister Senzo Mchunu issued a stern warning while on an official visit to Limpopo.

He told the province’s Water Board officials to “check their moral compass” and do some much-needed introspection.

Mchunu’s visit to the province laid bare the failure of the ANC-led government to provide basic water supply to residents.

He issued a rallying call to all government officials to prioritise the province’s embattled water infrastructure projects.

During his sobering visit, Mchunu reiterated that access to water is not a privilege, but a basic right that everyone must enjoy, and it is the government’s constitutional mandate to fulfil this right.

Mchunu was scathing in his remarks and publicly denounced the ongoing delays plaguing infrastructure projects.

“Government at all levels are committing a cardinal sin by not completing projects on time and trampling on people’s rights in the process,” said Mchunu.

“We need to plan better; we need to do better than we have been doing in the past and work for the people by fast-tracking projects within the allocated budget,” he added.

Mchunu emphasised that “some of the challenges are our own creation”.

But by 2019, 108 villages in Limpopo were still without basic water supply.

Mchunu highlighted the plight of communities without water, especially those living next to dams.

“It is deplorable and it should not have happened to start with.”

He promised that the department under his leadership, would work tirelessly to complete the projects; but said that the national government could not do this alone – the provincial and local government needed to come to the party.

“We need you to make us account when we are failing in our mandate and we will certainly take you to task from our end if we feel that you are failing on your part,” Mchunu told stakeholders.

“This is not about us, but it is about the people getting services that they so deserve. We need to treat our communities with the dignity that they deserve,” he added.

“I urge you all to deliver services to our people with vigour and the best of your ability. In 2021, we cannot afford to have people in Giyani who are still without consistent water supply,” he said.

Minister Mchunu is expected to meet with various stakeholders in Giyani on Wednesday, 08 September.