Gungubele ducks question on whether Ramaphosa knew about Zuma’s parole

Zuma was released on medical parole a week ago, after the 79-year-old was incarcerated for 15 months being in contempt of court. 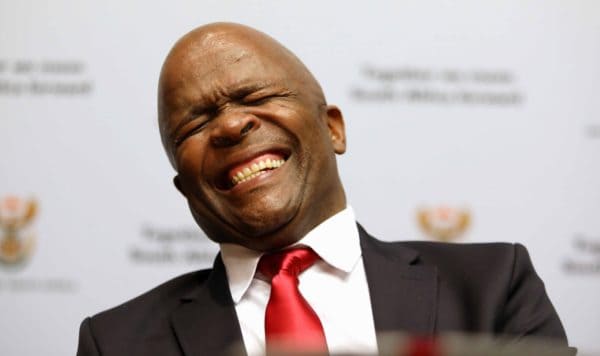 Minister in the Presidency Mondli Gungubele refrained from entering the fray regarding reports that President Cyril Ramaphosa was aware of former president Jacob Zuma’s medical parole before it was granted.

This is after City Press reported on Sunday that National Commissioner of Correctional Services Arthur Fraser allegedly consulted Ramaphosa before deciding to release Zuma from prison.

Fraser admitted last week during an interview with SABC that he had overridden the Medical Parole Advisory Board’s decision not to free Zuma from jail.

Speaking to the media on Tuesday morning ahead of the three-day Cabinet lekgotla that is currently underway at the Union Buildings in Pretoria, Gungubele said the decision to release Zuma was taken by the relevant department “as best as they can”.

However, the minister refused to comment on whether Ramaphosa was indeed informed about the matter beforehand, saying he was “not in a position to answer allegations”.

Zuma was released on medical parole a week ago, after the 79-year-old was sentenced to 15 months in prison for being in contempt of court.

This is because he failed to comply with a ruling of the Constitutional Court (ConCourt) forcing him to appear before the Commission of Inquiry into Allegations of State Capture.

The former president was serving his prison sentence at the Estcourt Correctional Centre in KwaZulu-Natal.

Meanwhile, the Helen Suzman Foundation and Afrikaner lobby group AfriForum have threatened legal action if the Department of Correctional Services does not give full written reasons for placing Zuma on parole.

The foundation had given Fraser and Minister of Justice and Correctional Services Ronald Lamola until 5pm on Monday to respond.

However, both of them failed to do so, according Christopher Fisher, legal researcher at Helen Suzman Foundation.

Fischer told eNCA on Tuesday the foundation would approach the courts over the matter.

“We view our legal standing in this matter as essentially being supported by two sets of reasons. The first is that we would bring a review [application] of the commissioner’s [Fraser’s] decision in determining whether or not Mr Zuma’s medical parole was issued lawfully or [if] there was some attempt to undermine the rule of law expressed in the Constitutional Court’s order,” he said.