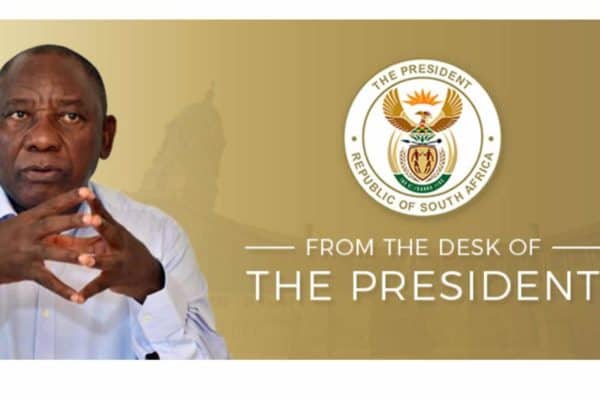 In his weekly letter to the nation, President Cyril Ramaphosa slammed the 16,000 government employees who have benefitted from Covid-19 social relief grants.

Wrapping up Public Service Month, Ramaphosa said the “wilful intent” to take money when employees were already on government’s payroll was “unforgivable”.

He said institutionalising ethics and integrity within public service ranks must be done in earnest as government worked to end corruption.

It is hoped the Public Administration Ethics, Integrity and Disciplinary Technical Assistance Unit can work to hold those guilty of stealing from the public purse, and using money meant for the poor, to account, he added.

The revelation in Parliament that thousands of public servants have been illegally receiving social grants every month shows we still have a long way to go towards instilling a culture of ethics in the public service.

Earlier this year, it was also found that around 16,000 employees on the government payroll were irregularly paid the COVID-19 Social Relief of Distress grant. It is common knowledge that applicants with other sources of income do not qualify for this grant. It is also self-evident that those who receive an income from the state are not eligible to apply.

And yet they did. Some 17,000 people employed at national and provincial government submitted applications in a bid to top up their salaries with money meant for the poor. Given the extent of need in the country, one that our public servants know too well, this wilful intent to steal from the public purse is unforgivable.

Government is now stepping up its efforts to prevent this kind of abuse and act against anyone in the public service involved in wrongdoing.

This month, government launched a new Public Administration Ethics, Integrity and Disciplinary Technical Assistance Unit. The unit will build capacity within public bodies to institute disciplinary proceedings in cases of misconduct and cooperate with other organs of state in holding those responsible to account.

The unit will monitor the conduct of lifestyle audits of public service employees. Where departments identify corruption and unexplained wealth, the cases will be referred to the South African Police Service.

The cases of government officials referred by the Special Investigating Unit for disciplinary action will be monitored by the unit to assess their progress.

Another important aspect of the Unit’s work will be institutionalising ethics and integrity in the ranks of the public service. A few public servants have over the years taken the view that doing business with or unduly benefiting from the State is permissible for them, their friends and their families, provided there has been no illegality. We must do everything we can to change this attitude.

As we work to end corruption, there must be equal focus on inculcating ethical behaviour, because what may not necessarily be illegal can be unethical and unbecoming of a public servant.

The new unit will set norms and standards on ethics, integrity and conduct. It will also build the capacity of departments to discipline officials found guilty of misconduct. Last year more than 200 employees were trained as presiding officers and initiators.

Building an ethical, capable state continues to be a focus of this administration.

As a number of scandals involving public servants illegally benefiting from the state have shown, the process will be difficult and will take some time. We are nonetheless committed to stay the course.

A capable state is the foundation for the attainment of all our national priorities. Without improving accountability and promoting ethical conduct, none can be achieved.

The vast majority of our public servants are committed, law-abiding and ethical.

The task before us is to work together to root out those who are not, and correct the misconception that all those employed in government are either self-serving or corrupt.

As Public Service Month draws to a close, I call on all the men and women who serve our country every day to recommit themselves to the values of selflessness and service, and to recall that their conduct must at all times be both legal and ethical.

The establishment of this unit is another one of the ways that we are working to end corruption in government and indeed in all spheres of South African life.