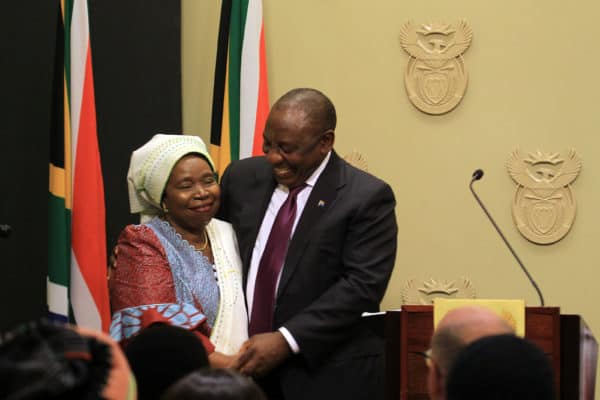 Was President Cyril Ramaphosa suppose to address the country this past weekend?

This is the question some people have asked after government “missed” its deadline to review alert level 2 lockdown regulations on Sunday, 26 September.

On 12 September, Ramaphosa moved South Africa to level 2, with him saying at the time that government would review the restrictions in the next two weeks “depending on the state of the pandemic”.

This was made official in the Government Gazette published by the Department of Cooperative Governance.

Business Insider has reported that government has since moved the deadline rather than a review of lockdown.

According to the publication, Cooperative Governance and Traditional Affairs Minister Dr Nkosazana Dlamini-Zuma has removed the sub-section that set 26 September as the date in which the lockdown measures would be reviewed.

Dlamini-Zuma reportedly replaced the sub-section with a one-week countdown, which has set the new review date for Sunday, 3 October.

It has been speculated that the country may be moved to level 1.

SA out of third wave

This comes as South Africa officially exited its Covid-19 third wave, which was confirmed by the National Institute for Communicable Diseases (NICD) on Sunday.

The country’s recent daily infection and positivity rates have seen a downward decline.

The new infection rate on a seven-day basis was down by 40%, hospitalisations are down by 32%, deaths are down by 35% and the test positivity rate is at 6.8%.

An additional 51 Covid-related deaths were reported, bringing the total number of deaths to 87,052.

Meanwhile, a total of 16,814,890 vaccines have now been administered in the country.

It still remains unclear on whether the National Coronavirus Command Council (NCCC) will meet this week ‘to assess developments of the Covid-19 pandemic’ in South Africa.

The Citizen has made unsuccessful attempts to contact Government Communication and Information System (GCIS) director-general and government spokesperson Phumla Williams for comment.