Ramaphosa said that no country is spared the effects of the conflict and its impact on goods supply. 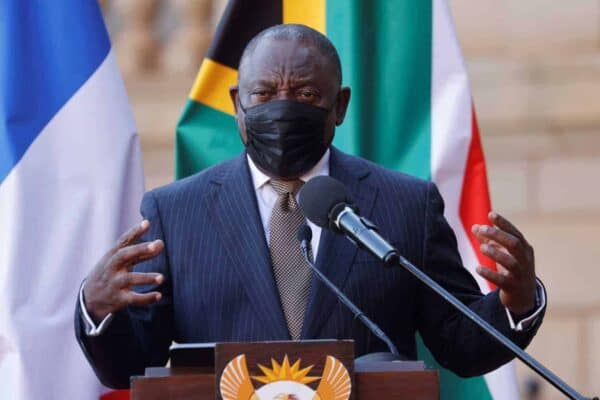 President Cyril Ramaphosa has established a Committee of to assess the impact that Russia’s attack on Ukraine will have on food and fuel prices.

The President said this when he responded to oral questions before the National Assembly on Thursday.

He said the government was determined to take steps to cushion South Africans with regard to the various price pressures that they are facing.

“As recently as yesterday, we discussed it also in one of our Cabinet committees, said Ramaphosa.

‘Deeply concerned’ over rise in prices

“We are deeply concerned about the continued rise in prices, particularly arising from the conflict that is ensuing between Russia and Ukraine and we are aware that food prices are going to go up but not only for us but for many other countries around the world,” he added.

Ramaphosa said a number of countries are repositioning themselves and taking steps to mitigate against the rising prices.

“As a compassionate government, we will find a way of addressing this as well,” he said.

The interconnectedness of the global economy means that no country is spared from the effects of the conflict and its impact on the supply of goods such as oil and wheat.

“Families across South Africa are already feeling the effects of rising prices in supermarkets and at the petrol pump, and many are worried about how they will continue to provide for their families and make ends meet.

“We are using all of the levers at our disposal as government to cushion South Africans from the effects of the rising cost of living.”

The President said the 2022 Budget extends government’s support to poor and vulnerable South Africans by allocating an average of 52% per cent of consolidated spending to the social wage over the medium term.

Increases in all social grants, including the old age grant, will help poor households to adjust to rising food prices.

The President also said that in light of the improvement in revenue collection, there is a R5.2 billion proposal in tax relief to help support the economic recovery and keep money in the pockets of taxpayers.

“To address the rising cost of petrol, the Minister of Finance announced that no increases will be made to the general fuel levy on petrol and diesel for 2022/23 to provide for some respite from rising costs that are continuing to go up,” said Ramaphosa.

The Department of Mineral Resources and Energy and National Treasury are reviewing the methodology for the Basic Fuel Price as well as other regulated components to identify changes that could reduce the cost of fuel.
These changes are expected to be implemented as soon as possible.

“Our task now is to ensure that we remain agile and move quickly to cushion South Africans from the risk of higher inflation, to ensure that all are able to meet their basic needs and to accelerate our economic recovery. This is the direction that we have chosen to take,” the President concluded.