The SAHRC says there is a settlement proposal before them for consideration, but that neither party has signed it. 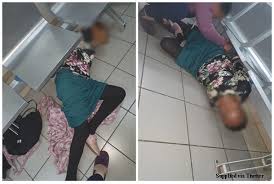 Neither the South African Human Rights Commission (SAHRC) nor the Gauteng department of health is willing to budge on their stance relating to an out-of-court settlement for 76-year-old Martha Marais, who was tied to a Mamelodi Hospital bench in May this year.

Department spokesperson Philani Mhlungu maintained on Wednesday that the parties had reached a settlement and that the matter had been finalised.

However, the SAHRC said there was a settlement proposal before them for consideration, but that neither party signed it.

“Until such time that it is signed, we can’t say we have reached a settlement,” SAHRC Gauteng chairperson Buang Jones told News24.

“The view of the family and the commission, which acts in a representative capacity for Ms Martha Marais, is that we have not reached a settlement. We are in discussions with the department regarding the terms of the proposed settlement.”

According to the department, the settlement negotiations were entered into on September 20 this year, almost four months after Marais was left tied to the hospital bench on the floor for several hours.

At the time, family spokesperson Virginia Keppler said Marais was not a violent person and, in the event that she had had a psychotic episode, she was so old and fragile that she couldn’t do any harm.

She added that Marais was heavily traumatised: “She keeps on repeating herself about what happened to her and how she was tied up…”

In June, the SAHRC announced that they would be acting on behalf of the family, with the intention to seek redress for Marais as well as compensation.

The family also opened a case of assault against the hospital which is currently before the National Prosecuting Authority for a decision on whether to prosecute.

The then newly-appointed Gauteng health MEC Dr Bandile Masuku and Minister of Health Zweli Mkhize also intervened and an investigation was carried out.

In June, four staffers who had been implicated in the incident were put on special leave as the investigation continued.

It has since emerged that the investigation has been concluded and that one nurse and doctors who were initially implicated have been exonerated.

However, charges have been brought against another nurse and medical officers.

“This matter is still pending and once the implicated staff members have responded to the charges brought against them, the department will determine the way forward as well as the cause of action to be implemented,” Mhlungu said.