The Special Investigating Unit in the Free State and North West is also investigating the company itself. 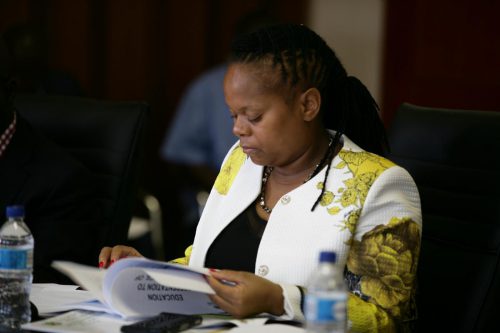 Limpopo Health MEC Dr Phophi Ramathuba has come out in defence of a multimillion-rand aeromedical tender that is marred by allegations of irregularity and kickback payments.

The R16-million three-year tender, which was awarded to the controversial Buthelezi Emergency Medical Services (EMS), has since been halted and Treasury is investigating it.

The Special Investigating Unit in the Free State and North West is also investigating the company itself.

The company was earmarked to provide an air ambulance service in Limpopo. However, the tender and awarding process was marred by allegations of impropriety and the head of the department, Dr Thokozani Mhlongo, and chief financial officer, Joseph Mudau, were accused of receiving kickbacks.

In an interview with News24, Ramathuba remained convinced that Buthelezi EMS was the qualifying company despite the halting of the tender and the Treasury investigation.

“It is also sad because when I did my own investigation, I found that Buthelezi EMS is the only black company within that particular industry (aeromedical). The companies that have been running this service for all these years will not be necessarily happy.

“When I went deeper with the investigation, I was told the other companies refused to give 30% of black economic empowerment. There are no black companies in aeromedical, medical waste management and pharmaceutical.

“We are in a province where there are many unemployed black people. Do we say people can only tender when it comes to security, but not in other fields?” Ramathuba asked.

But the matter has its roots in late 2018 when a small, wholly black-owned company running an ambulance service in Louis Trichardt was awarded the aeromedical tender and paid almost R3 million in four months.

The service was stopped this year and the tender was advertised. Companies submitted bid documents, but it was re-advertised with the same specifications and awarded to Buthelezi EMS. The company did not have its own air ambulance.

However, Ramathuba said internal investigations indicted that “the supply chain process was correctly followed” and that allegations of kickbacks were unfounded.

“Knowing the calibre of the members of the bid committee, they would have told me that they were given a particular instruction. I sat with them one by one,” she said.

This comes at a time when the health department in the province is under the spotlight for again exhausting its annual budget long before the end of the financial year. It was allocated R20.8 billion for the current financial year.

Ramathuba said the department would have to negotiate with companies to continue with supplies, such as medicine, and they would be paid in the next financial year.

She attributed this to the inadequate funding of the department and that 74% of the budget was spent on employees’ salaries.

She said the department conducted a study which found that the management structure was bloated. She said there might be redeployment and some managers and directors might leave.

“It’s not something that you will do in one day. We are talking about people here and you need to tread carefully,” Ramathuba said.