On Friday, AFP reported that Egypt had confirmed its first case of coronavirus - the first case on the African continent. 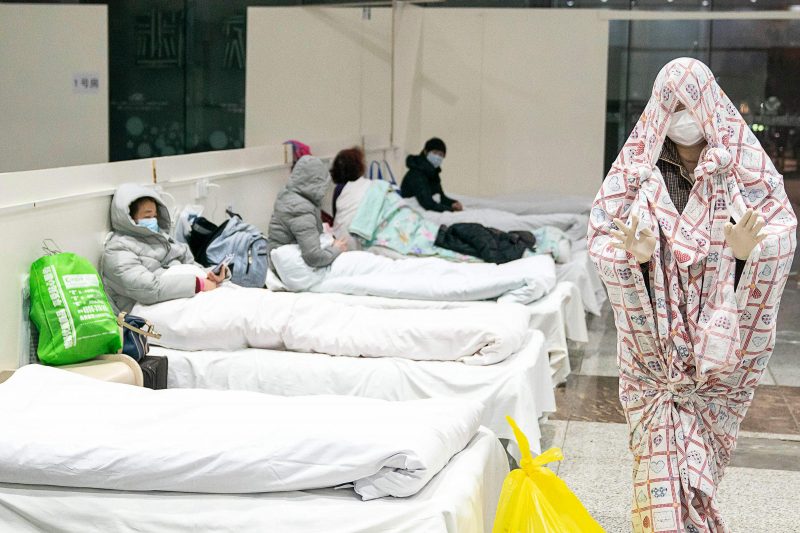 Picture for illustration. This photo taken on February 5, 2020 shows a patient (R) covered with a bed sheet at an exhibition centre converted into a hospital as it starts to accept patients displaying mild symptoms of the novel coronavirus in Wuhan in China's central Hubei province. China OUT / AFP / STR

The National Institute for Communicable Diseases (NICD) says there are still no cases of the novel coronavirus in South Africa.

As of Saturday, it said it had tested 82 individuals under investigation for Covid-19, and all results had come back negative.

This comes as South Africa’s neighbour eSwatini announced on Friday that it was treating a suspected coronavirus case at a hospital in Mbabane.

SABC reported that eSwatini’s director of health services Dr Vusi Magagula had said the woman entered eSwatini on 6 February after travelling from China to South Africa.

“She presented with a fever and was at the hospital, then the rapid response team took over and took up the case. She came through the Ngwenya port of entry on February 6, having arrived from the Republic of South Africa.

“I don’t think she was presenting with any symptoms. We only picked her up on the 14th because she was already now in hospital, ill and had to be admitted to the isolation ward. So I guess, when she passed through OR [Tambo airport] or even through Ngwenya border post she didn’t have the symptoms,” the SABC reported Magagula as saying.

NICD senior communications manager Sinenhlanhla Jimoh said: “We recommend that persons returning to South Africa from an area with community transmission of SARS-CoV-2019, presently mainland China, self-isolate at the first onset of symptoms such as acute respiratory illness with fever, cough or shortness of breath. Persons should quickly seek medical attention from their healthcare provider – they should disclose their travel history and seek assistance regarding isolation while waiting to be seen by a clinician to minimise possible infection to others.

On Friday, AFP reported that Egypt had confirmed its first case of coronavirus – the first case on the African continent.

Authorities have notified the World Health Organisation and the patient, whose nationality was not given, was placed in an isolation ward at a hospital for treatment and monitoring.