We have a plan to curb spread of ‘dire’ virus in informal settlements, says Sisulu

The briefing followed an announcement from President Cyril Ramaphosa that he was implementing a national lockdown due to the coronavirus. 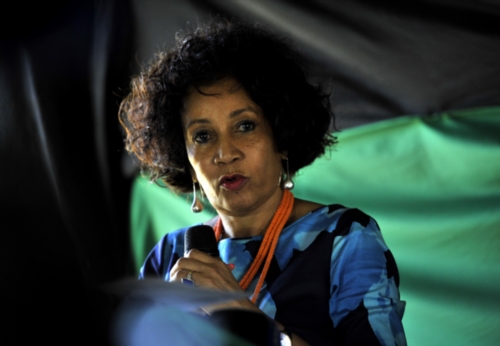 The government insists there is a plan in place to address overcrowded areas which make social distancing and self-isolation impossible.

This is according to Human Settlements Minister Lindiwe Sisulu.

She said the government could not share details of how it planned to “de-densify” some areas as consultations with affected communities have not taken place yet.

“We have a plan in relation to how much land we have and how many sites we will be able to put up there. But we still have to relay [this] to communities. We would like to take [our plan] there to see what their response is.”

Sisulu was speaking to News24 on the sidelines of a media briefing held by ministers from the social cluster in Pretoria on Tuesday.

The briefing followed an announcement from President Cyril Ramaphosa that he was implementing a national lockdown due to the coronavirus.

The government has been criticised since the announcement of a national state of disaster last week for not explaining how it would deal with areas such as informal settlements, taxi ranks and train stations which are congested, making it nearly impossible to practice social distancing.

Sisulu told journalists during the briefing there were 29 concerning municipalities and the department was working with multiple departments to move those affected.

“The spread of this virus is dire. By the time it gets to our informal settlements, we have no idea what is going to come out of there. Those are our most vulnerable people and those are our priority.”

She said land had already been identified and the government needed to consult and ensure citizens understood why it was crucial to move people living in densely populated areas.

“We want to go and sit down with them and say this is what we are going to do: Please follow us, trust us, we are doing this in your best interest. But we must consult.”

While Sisulu would not elaborate on what measures the government would take when confronted by communities that refuse to be moved, she said there was recourse through emergency laws, which could be used.

“Eviction is a very harsh description of what we would be doing. We would be saying to them it’s in your best interest to do that,” she added, denying the government would seek to forcefully evict those who refuse to be moved.