Although the Imbokodo Study will not continue, another HIV vaccine trial is ongoing. 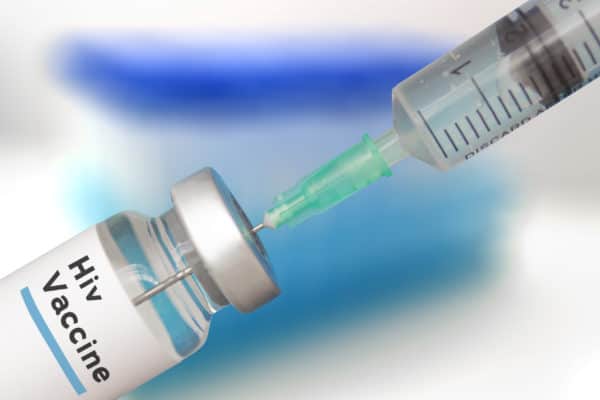 A study analysing whether an experimental HIV vaccine regimen is safe and able to prevent HIV infection in a high-incidence population of young women in sub-Saharan Africa has been halted.

“This follows data that the experimental vaccine did not effectively prevent HIV acquisition. However, no significant safety concerns were identified throughout the trial,” explained the South African Research Medical Council (SAMRC) on Wednesday.

While the rest of the world continues to grapple with the Covid-19 pandemic, the SAMRC said the development of a safe and effective HIV vaccine remains critical for global health.

It aimed to evaluate the experimental regimen in approximately 2,600 women between ages 18 and 35 across five sub-Saharan Africa countries including Malawi, Mozambique, South Africa, Zambia, and Zimbabwe.

The vaccine was initially developed by the laboratory of Dr Dan H Barouch at Beth Israel Deaconness Medical Centre and Co-Principal Investigator of the HVTN, together with Janssen and other partners.

According to the Joint United Nations Programme on HIV/AIDS (UNAIDS), women and girls accounted for 63% of all new HIV infections in this region in 2020.

“The experimental vaccine consisted of an adenovirus containing four ‘mosaic’ immunogens – called mosaic because they are designed to induce immune responses against multiple global HIV strains,” explained the SAMRC.

In preclinical studies, regimens with mosaic-based vaccines elicited a strong immune response associated with protection against HIV in monkeys.

According to the SAMRC, which was instrumental in the implementation of the study, findings from two early-stage human clinical trials also suggested that these vaccines were “well-tolerated”.

In addition, the vaccines could generate anti-HIV responses in healthy adult volunteers, increasing hope for good results in the trial.

“Although the study failed to meet its primary endpoint, with results falling short of statistical significance, the data and safety monitoring board did not express any concern regarding participant safety throughout the trial.”

The organisation said participants in this Phase2b proof-of-concept study will be “unblinded” and will continue to be referred to high-quality treatment and care.

Unblinding occurs when investigators and/or participants are informed which treatment the participant is receiving.

According to study investigators, while they are disappointed with this outcome, the results are an important scientific finding in the ongoing pursuit for an effective vaccine to prevent HIV.

President and CEO of the SAMRC, Professor Glenda Gray, has described HIV as a unique and complex virus, which has long posed unprecedented challenges for vaccine development.

“The lack of natural human recovery combined with the virus’s ability to attack, hijack and evade the immune system pose substantial challenges,” she said in a statement.

Gray, who is also the Protocol Chair and Co-Principal Investigator and Director of HVTN Africa Programmes, said the high rates of HIV acquisition seen in young women in Sub-Saharan Africa is a reminder that despite the great strides made in treatment and prevention, HIV remains a huge health challenge for the region.

“This underpins the need to apply the knowledge gained from this trial to continue to advance the pursuit of a global HIV vaccine,” said Gray.

Although the Imbokodo Study will not continue, another HIV vaccine trial is ongoing in a different population and different areas of the world.

Meanwhile, the Imbokodo research team will continue to analyse data from the study and publish complete findings to guide future investigations and vaccine development.

Co-Principal Investigator, Professor Larry Corey, said despite the use of Ad 26 technology – which is effective for Covid-19 – the Imbokodo Study illustrates HIV is an infection which requires a higher degree of immune response for effective protection. Unlikely for Covid-19 to 'simply burn out or disappear' in the future
2 days ago
2 days ago
PREMIUM!

Unlikely for Covid-19 to 'simply burn out or disappear' in the future
2 days ago
2 days ago
PREMIUM!