If Cyril is shocked by Eskom crisis, he must step aside – Maimane

The party leader mentions his party is planning to march to the Union Buildings on Friday. 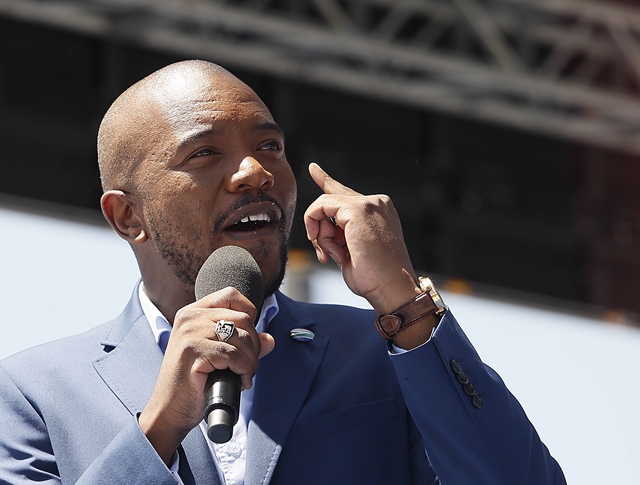 The Democratic Alliance, who have tabled their plan to keep the lights on at Eskom, have said the current electricity crisis needed sound leadership who took the situation seriously.

DA leader Mmusi Maimane said they had a plan to separate the parastatal into two, thereby fixing a crisis created by the ANC, who they claim have indicated their disinterest when they appointed Deputy President David Mabuza to spearhead a task team to deal with the energy crisis.

Maimane said the crisis required leadership and if President Cyril Ramphosa was shocked by the situation at Eskom, he needed to step aside.

The DA held a briefing on Monday morning at their headquarters, Nkululeko House in Gauteng, to outline a plan to deal with the current electricity issue.

Maimane, alongside national spokesperson Solly Malatsi and the DA’s Natasha Mazzone, tabled a plan to semi-privatise Eskom and unbundle it into two entities, allowing competition.

“Business owners [and] health practitioners are all faced with a challenge that has now gripped our nation. The Eskom crisis is a crisis brought to us proudly by the ANC. That has profound implications and impact for our people and the future of our country.”

Maimane mentioned his Friday trip to the Rahima Moosa hospital in Coronationville, Johannesburg, where he found that if there was load shedding and the generators failed, the hospital would only have around 30 minutes of power, a dire situation for those undergoing surgery.

“There must be an inquiry to the circumstances surrounding the potentially imminent threat of the collapse of our national grid.

“We must invite stakeholders and experts in the industry to come and give input. We must summon all officials and ministers to account for the current crisis and provide evidence for actions previously taken to prevent this particular situation.

“They (ANC) can claim sabotage or to be shocked, but there’s no shock in this when you have a leader who was at the helm of Eskom since 2014.”

He said parliament, as the legislative arm of government, must step up to the task and provide solutions before it was too late.

Maimane has written to speaker Baleka Mbethe to propose that parliament be reconvened to establish an ad-hoc committee consisting of the public enterprise, energy, and trade and industry portfolio committees.

“It is clear that there’s no plan to fix this mess at all levels of government. From the president to the minister of public enterprises, to those at Eskom – there exists no plan and no political will to take immediate action to get SA out of this ANC-created crisis.

“The president is more focused on pleasing those within the ANC, while his brother-in-law, Energy Minister Jeff Radebe, is running rogue trying to secure multibillion-rand oil deals in South Sudan.”

Eskom must be broken into two, Maimane said.

“One is a built company, the second is distribution. Let the distribution company face competition. Allow municipalities who can purchase electricity directly from IPPs to be able to do so immediately.”

Competition should aid the parastatal, according to Maimane, who mentioned that the party was planning to march to the Union Building’s to get the ruling government party to act on their plan.