Blame the state of Eskom on the ANC – NEC member Gungubele

The former deputy finance minister said it had been clear that people had deliberately allowed the electricity supplier to have poor capacity. 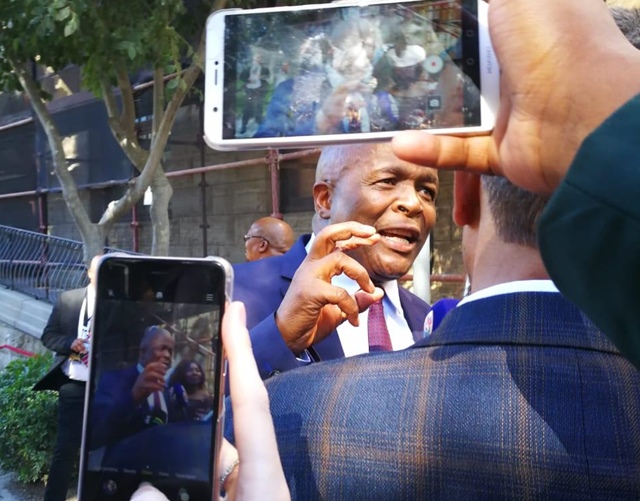 Gungubele, who was also part of parliament’s committee looking into state-owned enterprises, told News24 the objective reality was that Eskom had financial, management, maintenance, capacity and reinforcement challenges.

“We were sleeping on the job, even where there is reinforcement, due diligence had not been done very well,” he said.

“Even when we were reinforcing, we were not tight on due diligence,” he added.

South Africa has been hit by a series of power cuts, with Eskom announcing on Monday that it was implementing Stage 6 load shedding, a first for the country as it battles to keep operations running.

The electricity provider has warned that the rolling blackouts will continue for the rest of the week, amid severe capacity restraints and flooding caused by the continuous rain, which has also affected some power plants.

The Presidency, in a statement on Monday, said President Cyril Ramaphosa had received an update on developments around the crisis and was in constant contact with Public Enterprises Minister Pravin Gordhan .

Ramaphosa is set to cut his trip to Egypt short, returning home to deal with the ongoing power crisis.

The president also raised concern over the “devastating” impact this had on the country, which he said was causing great harm to the economy and disrupting the lives of South Africans.

Recalling his time during parliament’s inquiry into Eskom, Gungubele said it had been clear that people had deliberately allowed the electricity supplier to have poor capacity.

“There was no intervention on wrongdoings,” he said.

Comparing Eskom to the South African Revenue of Services (Sars), he said there were scenarios where individuals had dismantled functioning institutions without providing alternative models.

“It’s us who messed up Eskom… it happened under our watch,” Gungubele told News24.

“We are trying to keep Eskom afloat with very limited capacity,” he continued.

A hopeful Gungubele said he believed that the ANC government under Ramaphosa’s leadership would manage to stabilise the power provider.

“I have confidence in the interventions that are being made,” he told News24.

He said the difference between the challenges when Eskom started load shedding in 2008 and now was that the government has now accepted that it was behind in maintenance, and had been found wanting when it came to skills.

“We weren’t accepting that we were messing up. Now we are and can be trusted with dealing with it,” he said.

Gungubele said he was not convinced by the theory that the power outages were sabotage or an attempt to fight back against the battle against corruption.

“Whether there is a push back or not is a matter that should be supported by evidence,” said Gungubele.

He also agreed with comments that Gordhan made on eNCA on Monday evening that this was a manageable crisis.

“He is correct in saying that.

“I doubt he goes home,” Gungubele said, adding that he felt Gordhan worried most about the state of Eskom, out of the other ailing state-owned entities.