Load shedding will be suspended from 10pm, Eskom announces

Load shedding will resume again from 5pm till 10pm on Sunday in preparation for the week ahead. 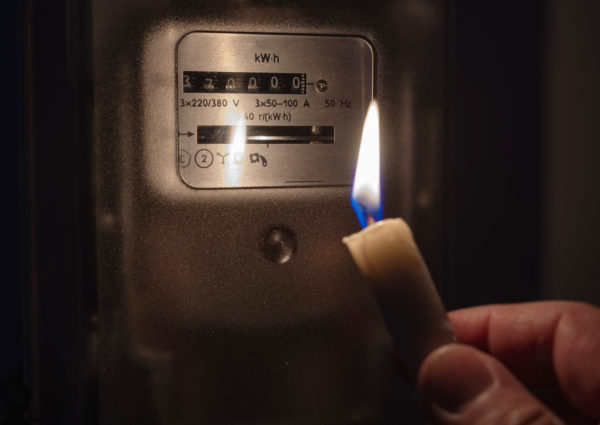 Load shedding has been forecast for the winter months of 2021. Photo: iStock

Eskom has announced that load shedding will be suspended from 10pm on Saturday, 5 June 2021, due to an improvement in emergency generation reserves.

In a statement, the power utility said, however, that stage 2 load shedding will resume again from 5pm till 10pm on Sunday “in order to continue with the replenishment of the emergency generation reserves in preparation for the week ahead”.

“Eskom will communicate promptly should there be any changes.”

Electricity users further were urged to reduce their consumption as much as possible.

Eskom has called upon on communities to help prevent illegal connections, cable theft and vandalism.

The power utility indicated that illegal connections, cable theft and vandalism had prolonged outages, which “adds pressure onto the system”.

READ MORE: Is Eskom lying about the load shedding stages?

“Unfortunately, this occurs at a time where Eskom is load shedding, which may have resulted in some customers being affected for much longer than the normal Block timeslot.

“Eskom regularly engages community leaders, councillors and other stakeholders to find solutions to protect the Eskom network and ensure the continuity of supply.”

Eskom said it was working with the police and its security department to prevent the criminal activities.

The power utility further noted the risk to the safety of its technicians as there have been instances where they were assaulted or held hostage by community members.

“There have been numerous instances where operators are dispatched to do repairs and restore electricity supply, but face harassment from community members.

“Eskom staff have even been held hostage by angry community members. Where the safety of employees cannot be guaranteed, then services will unfortunately be suspended.”

Community members were urged to report any suspicious activity relating to theft and vandalism of electrical infrastructure to the relevant authorities.

Since Tuesday, Eskom has been implementing stage two load shedding due to breakdowns of generating units at its aging fleet of coal-fired power stations.

The power utility said stage two load shedding would last until 10pm on Sunday, 6 June, as it was struggling with additional generation capacity due to its old power stations.

While Eskom CEO Andre De Ruyter apologised to South Africans for the continued power cuts, he said while they caught up on maintenance, load shedding would remain a reality for a number of years until the final unit at Kusile power station comes online by the end of 2023.

Saving electricity during the colder months can be tricky. Heating appliances account for a substantial amount of the average household’s electricity usage.

The risk of load shedding can be reduced by following practical guidelines for reducing consumption.