Several trees across the city have been infested by shothole borers. A possible shothole borer infestation is threatening the tree population across the city and could spell disaster if it were to spread, Sandton Chronicle reports.

Julian Ortlepp of the Tree Surgeon informed the Sandton Chronicle of the looming disaster after he had seen the borer at a few sites around the city.

Ortlepp explained the borers drill into trees and bring with it a pathogenic fungus (Fusarium euwallacea), as well as other fungal species that may help establish the colonies. The holes left behind by shothole borers in a boxelder maple tree.

He said that he is aware of the problem in Johannesburg, Pietermaritzburg and Limpopo, and it currently targets English oak, Japanese maple, boxelder maple, plane trees, leopard trees and flame trees.

“Protect your trees and local habitat from a variety of pest species by avoiding moving infected wood around. There is currently no preventative action that can be taken other than managing infected woods carefully.”

Ortlepp is unsure why they are not targeting indigenous trees. “It could be that they are hardier than the exotics but that’s a guess.”

A few of the borers have been sent to the Forestry and Agricultural Biotechnology Institute (Fabi), at the University of Pretoria. “Fabi will identify the bug and the fungus and most likely confirm what we think it is. There is a treatment that we do by direct injection into the tree.

“The tree dies back in stages, generally branches or large limbs at a time. The rate of decline varies, it can be anywhere from a year or two.

“Maintaining maximum tree vigour is important as beetles are attracted to trees weakened by drought, transplanting, disease etc. Discarded wood, including firewood, is a breeding place for this pest for up to one year. 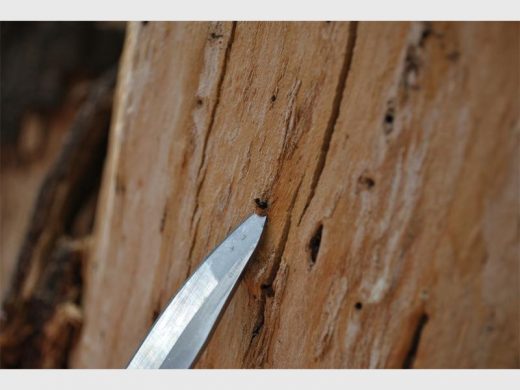 Julian Ortlepp digs out a shotole borer from a boxelder maple.

“Wood must be incinerated. The biggest implication could be the loss of thousands of trees in our city.”

Ortlepp said it is important to call a professional tree surgeon to assess and see what can be done to save the tree.

In a report compiled by Adelaide Chokoe, arboriculturist for urban forestry and nurseries at Johannesburg City Parks and Zoo, an investigation was carried out to determine the scale of an infestation in Craighall Park.

“Shothole borer is a very small and difficult to see beetle. The beetle holes penetrate one to four centimetres into the wood and there are often many exit holes on an infested tree. The borer is highly invasive and spreading to other areas is imminent,” said Chokoe.

“The recommended measures are to remove all the trees (dead and highly infested). [Boxelder maple] is the host plant of the borer, thus keeping the trees will increase chances of invasion to neighbouring areas.”

Chokoe said that treatment of the host plant will be very expensive, especially for highly infested trees. 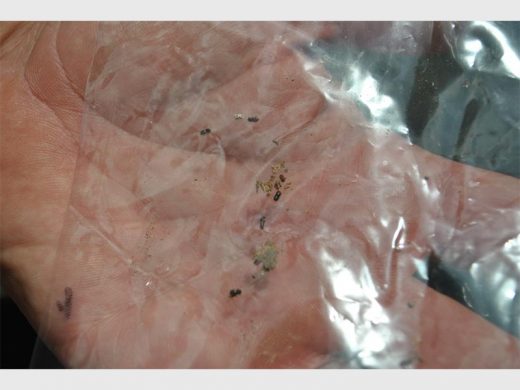 Some of the small shothole borers collected from an infected tree.

Jenny Moodley, general manager: stakeholder and public relations for Johannesburg City Parks and Zoo said: “JCPZ is working on a disposal plan to ensure that the infestation is contained.”