Residents of Malamulele Section D and Mavandla in Limpopo embarked on a total shutdown yesterday, demanding transparency in the building of a new tar road. 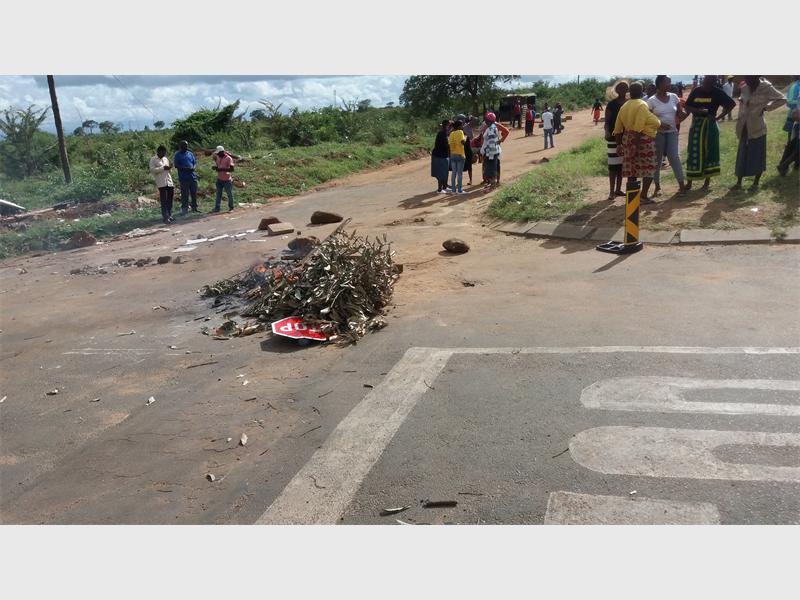 Residents from Xitlelani village, Limpopo barricade the roads with stones in a service delivery protest.

According to community leader, Reckson Sambo, residents have accused ward councillor Lazarus Baloyi of not following proper procedures in hiring the Community Liaison Officer (CLO), engineers, steering committee and general workers in the development of new projects in the area, Capricorn Voice reports.

READ MORE: Man shot dead during protest at RBPlat mine in Rustenburg

“This project won’t go ahead before our demands are met,” he said. “We don’t belong to any ANC faction, we represent the community and we demand the mayor to intervene in this matter.”

The South African National Civic Organisation (Sanco) Malamulele Chairperson, John Mothombeni, denied residents’ allegations and indicated proper procedures were followed, as all posts were advertised and everyone was invited to take part.

This is not the only incident of a shutdown in the Collins Chabane Municipality. Residents of Xithlelani village in Malamulele, Limpopo also recently participated in a total shutdown where they indicated that a new tar road worth R28 million, which was completed in December last year, was not properly built, as the municipality allegedly rushed the contractor to finish the work.

Residents of Mukhomi and Phaphazela villages in Malamulele also recently took to the streets in total shutdown to demand a tar road which they claimed they were promised five years ago by the then Thulamela Municipality but up until to date it has not been built.

Collins Chabane Municipality Mayor, Joyce Bila, said she will meet with community leaders, the ward councillor and Sanco to see how best to resolve the issues.

Man shot dead during protest at RBPlat mine in Rustenburg