The Toyota Land Cruiser seized during an apparent terrorist-linked raid last week has been given a thorough going-over by forensics experts. 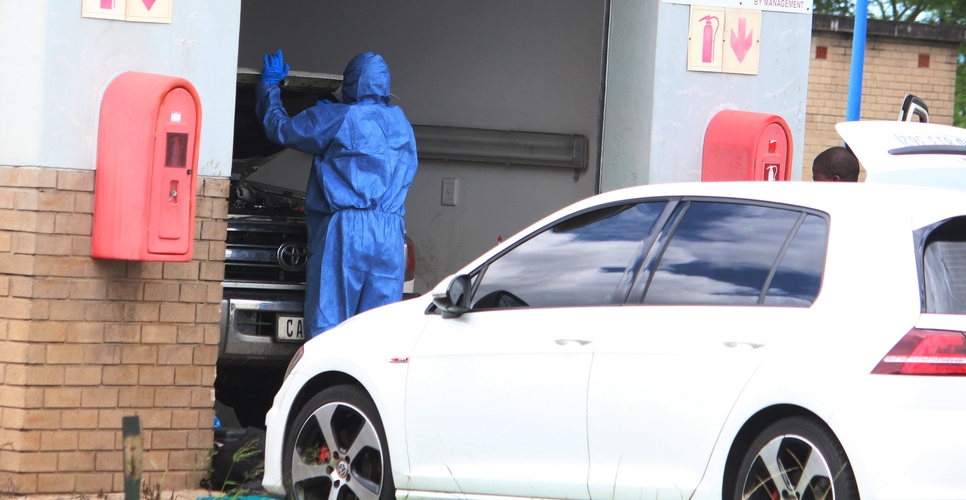 The vehicle driven by a South African-Briton couple who were reported missing – possibly taken capture by terrorist-linked criminals – was this week thoroughly examined at the Richards Bay police station by top forensics detectives, Zululand Observer reports.

Blood is believed to have been found in the vehicle, however the Zululand Observer cannot confirm whether the blood is that of the missing couple.

The publication broke the story on Monday, reporting that two vehicles and explosives were seized during a Hawks raid on a homestead in Ngoye, near Mtunzini, in KwaZulu-Natal last week Thursday.

One was the Toyota Land Cruiser driven by the couple, who hold dual SA citizenship and were first reported missing around 9 February.

The FBI and Scotland Yard are working closely with national Hawks members, indicating strong international terrorist links, and that the search for the couple continues over a large area extending from Vryheid to Durban.

The two suspects, Sayfydeen Aslam Del Vecchio (38) and Fatima Patel (27) were arrested on Friday in Ngoye, the ZO understands they had been connected to the missing couple through the use of their bank cards.

They were taken to Hlobane Police Station near Vryheid where a case of kidnapping and robbery were opened.

According to reports a six-figure sum had been drawn from the couple’s account, which raised suspicion with the bank, who in turn alerted the police and Hawks.

The Toyota Land Cruiser which was being used by the couple when before they were reported missing – PHOTO: Zululand Observer

They are believed to have left Cape Town on 5 February, were last photographed on 8 February and were last seen near Bivane Dam in Vryheid on the 9th.

Del Vecchio and Patel are also facing charges of kidnapping, robbery and arson as they are accused of setting alight several hectares of cane fields in 2017 worth R2 million at Tongaat-Hulett plantations.

The Zululand Observer believes that the second vehicle seized during the raid in Ngoye could be linked to the case of arson – it is still subject to forensic analysis.