Dagada requested to appear before council’s ethics committee, where he believes his name will be cleared. 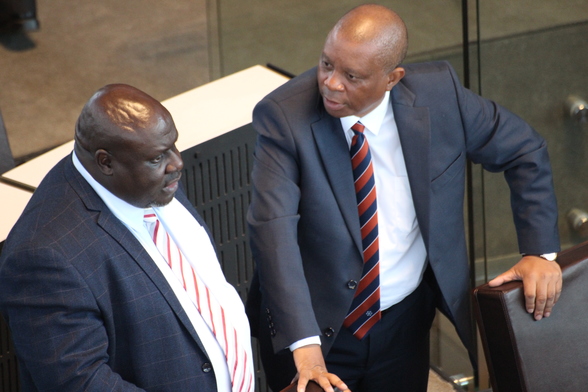 Former MMC for Finance Dr Rabelani Dagada is awaiting an appearance before council's ethics committee after he was fired by Executive Mayor Herman Mashaba in January.

The City of Johannesburg’s former MMC for Finance, Dr Rabelani Dagada, has come back guns blazing after he was removed from office on 15 January, Randburg Sun reports.

He was removed as MMC by Executive Mayor Herman Mashaba, who shortly thereafter issued a statement alleging corruption, nepotism, price fixing and the victimisation of some City officials on the part of Dagada.

READ MORE: Brown wants to clear her name at inquiry

More than a month later, Dagada fired back in a statement. The former MMC alleges that since July last year, there have been unrelenting efforts by the mayor to remove him from the Mayoral Committee.

“As far as I can remember, my expulsion on Monday, 15 January 2018 was the fifth and only successful attempt to remove me from the Mayoral Committee,” he said.

“The unsubstantiated allegations relied upon to remove me were contrived in a well-calculated stratagem to terminate my political role within the City of Johannesburg Mayoral Committee and to abruptly end my political career within the DA.”

Dagada said he thought he would be referred to council’s ethics committee at the January council sitting.

But after the year’s second sitting passed, Dagada requested Speaker of Council Vasco Da Gama, through his lawyers, to submit all allegations against him to the committee where he believes his name will be cleared.

Dagada said that the draft forensic report produced by an independent company did not find any evidence against him with regard to the allegations.

He said, however, that it did contain so-called insinuations and that if these were to appear in the final report he will approach the High Court to have it set aside.

Mashaba, in his statement in January, said that after allegations of undue influence and nepotism against the MMC, he initiated a forensic investigation through an external company which concluded on 12 January.

Mashaba said the forensic investigation allegedly found Dagada to have been involved in price fixing with a service provider to the City.

“The forensic investigation found that Dagada breached the City’s code of conduct by not declaring his interests and, subsequently, conflict of interest with individuals closely associated with him,” Mashaba claimed.

“It is understood from the investigation that Dagada has acted in a manner which has sought, either directly or indirectly, to benefit service providers and officials closely associated with him.

In this process, a series of events have transpired that, in my view, could not have taken place coincidentally to the exclusive benefit of these associates.”

He said the investigation allegedly pins Dagada as victimising officials to authorise procurements deals.
Sociologist Dr Liela Groenewald commented on Dagada’s statement, saying it is a great pity when a mayor neglects to provide evidence for such claims, ‘as the evidence would facilitate swift action to prevent and punish corruption’.

“When a City official is suspended or removed from a position without due process and without evidence, it costs residents dearly.”