WATCH: EMPD officers fed up with no promotions

The EMPD are demanding that officers receive their promotions today. EMPD officers gathered in front of their head office on Margaret Avenue this morning.

About 70 members of Ekurhuleni Metro Police Department (EMPD) gathered outside the head office on Margaret Avenue this morning (Monday) to voice their complaints, Kempton Express reports.

The officers are upset because, despite winning a court case that states they must receive higher ranks, this still has not happened.

According to Inspector Dominic Phala, representative of the group, this is not a protest. The group is merely insisting that at least 60 officers receive their higher ranks today.

The group insisted that the chief of police address them. As he failed to do so, they said they would be heading to Germiston to address “his bosses”.

EMPD accused of stealing car parts worth about R400k 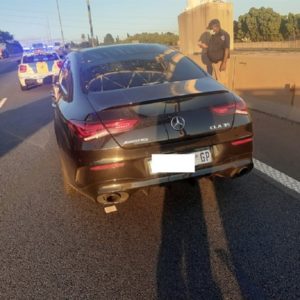