Instead of 'moving Emalahleni forward', the municipality has been crippled with poor service delivery, the DA caucus leader says. 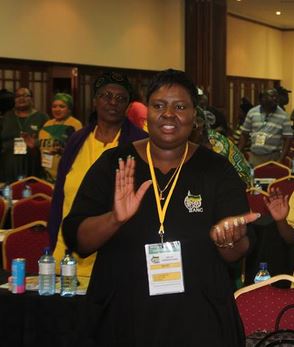 “Under her poor leadership, Emalahleni is in a state of insolvency. Instead of ‘moving Emalahleni forward’, the municipality has been crippled with poor service delivery, R1.6 billion Eskom debt which it fails to service, corruption is rife at the municipality, and she’s leaving behind a R2.2 billion debtors account,” Naidu said.

“The DA hopes that whoever is deployed to replace Ntshalintshali would ensure that the delivery of basic services is prioritised, the Eskom payment arrangements are adhered to and there is a tough stance when it comes to rooting out corruption.

“We wish the executive mayor well in her future endeavours and hope that wherever she gets deployed by her party she would have learnt never to prioritise luxurious vehicles at the expense of the people she vows to serve.”

Witbank mayor, Mpumalanga MEC escorted out of stadium after protest