Students of University of Mpumalanga refuse to leave campus

The gates of the University of Mpumalanga were forced open by the police this morning. Students were handed a letter that forced them to leave the premises by 12pm this afternoon, Lowvelder reports.

The students, however, have no intention of complying.

CRC chairman and SRC treasurer Wandile Shabangu said that they would not leave. “We are not moving. The university is our home. The police can come and drag us out but we will not move,” he said.

“I know of three of our students who have been rushed to hospital after being shot by the police’s rubber bullets,” Shabangu confirmed. “That is why we must continue to fight.”

SRC chairman and CRC vice-chairman Mxolisi Ncgamphalala addressed the students at a mass meeting after the gates were busted open. He demanded that vice-chancellor Prof Thoko Mayekiso and the rest of the university management step down.

The protests began on Monday when university students demanded that the university pay for the outside service providers and accommodation of the students.

Students of Mpumalanga College of Nursing have stopped classes 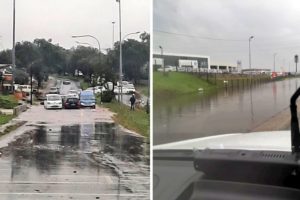 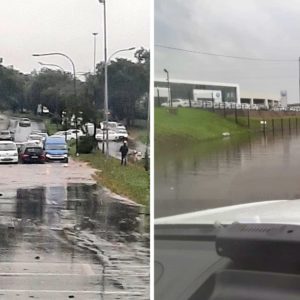 WEATHER WATCH: Joburg underwater after flooding and thunderstorms
5 days ago
5 days ago

WEATHER WATCH: Joburg underwater after flooding and thunderstorms
5 days ago
5 days ago