The couple were travelling from Sewbran’s home in Reservoir Hills, Durban, to Sea Park when the tragedy occurred. The man driving the car in which Sonali Sewbran (22) and her unborn son were killed in January last year has appeared in the Umbumbulu Court in KwaZulu-Natal, South Coast Herald reports.

Devashen Naidoo (24) of Sea Park is facing charges of culpable homicide and reckless or negligent driving, after the vehicle he was driving collided with a truck on the N2 near Shell Ultra City.

The accident claimed the life of Naidoo’s nine-month pregnant fiancé and their unborn child.

The couple was travelling from Miss Sewbran’s home in Reservoir Hills, Durban, to Sea Park when the tragedy occurred.

Naidoo was seriously injured in the crash. 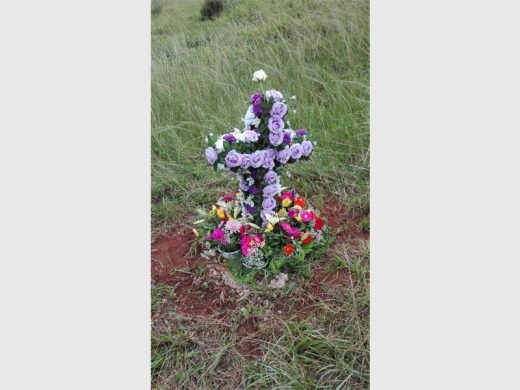 The wreath the Sewbran family has placed on the N2 at the scene of the accident.

Miss Sewbran was the daughter of Kiran and Shireen Sewbran, formerly of Southport, who have been living in Reservoir Hills for the past two years.

“Sonali and Devashen had been dating for several years. Just after midnight on January 8, Sonali agreed to go to Port Shepstone with Devashen. I pleaded with her not to go as she was too close to term, but she said she would be back in a few hours. Half an hour after leaving Reservoir Hills, we received a call telling us that there had been an accident,” said Mrs Sewbran.

She added that she had grabbed Sonali’s and the baby’s hospital bags, already packed for the impending birth, but when they arrived at the accident scene, they were told Sonali was already dead.

“We lost not only our eldest daughter but also our first grandson. There are no words to describe the pain my family feels every day,” said Mr Sewbran.

Mr Naidoo is due to make his next court appearance on Tuesday, March 27.