Man attacked by wildebeest lives to tell his story

To protect both himself and his girlfriend from a second attack, Dylan drew his pistol and shot a round into the ground. WARNING: Graphic images.

A blue wildebeest attacked a man on a smallholding in the Cradle of Humankind, Krugersdorp News reports.

Dylan van der Merwe was visiting his parents on their game farm on Saturday, 24 March. He and his girlfriend took a ride on the farm motorbike and were accompanied by their dogs. 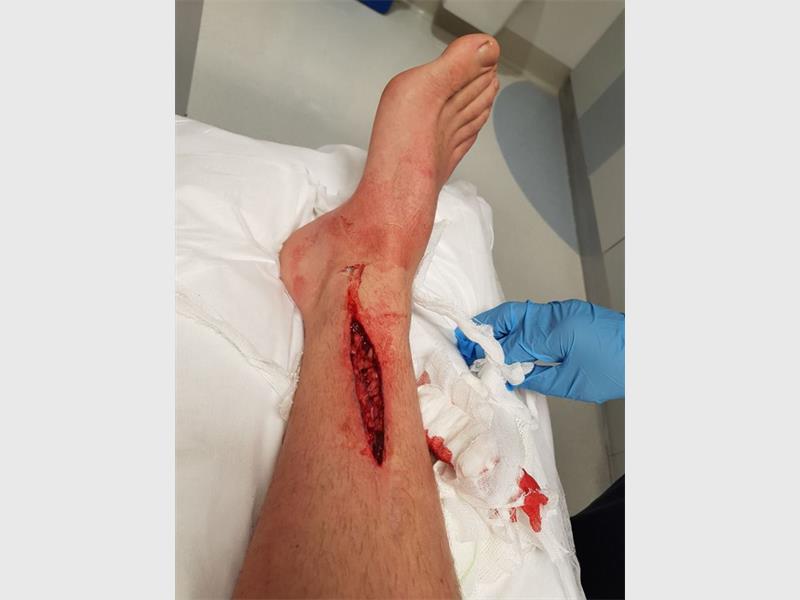 The injury Dylan sustained when the wildebeest attacked him.
Photo: Facebook.

A herd of wildebeest were grazing close by and the dogs started to chase them. The bulls in the herd charged the dogs, which retreated behind Dylan.

When one of the bulls charged, Dylan tried to escape by jumping off the bike, but the wildebeest managed to gore his leg.

To protect both himself and his girlfriend from a second attack, Dylan drew his pistol and shot a round into the ground, which sent the bull running. 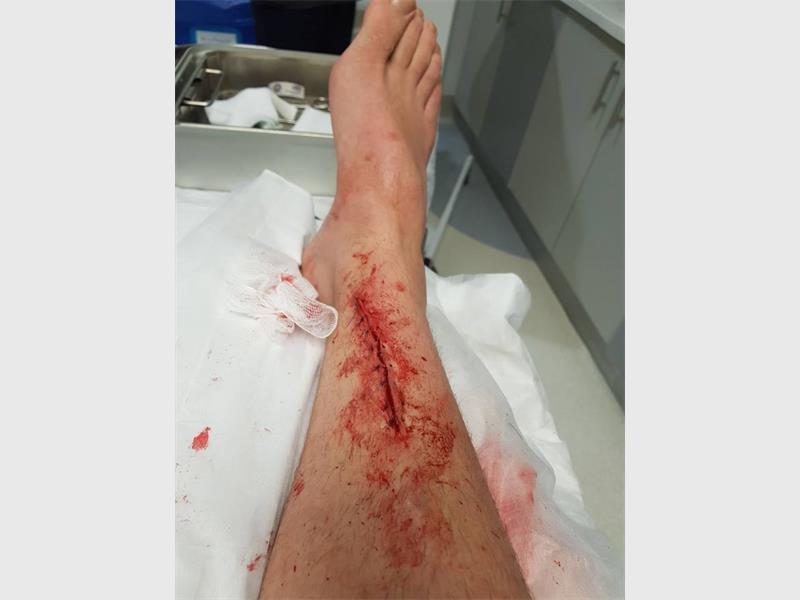 The stitched-up injury Dylan sustained when the wildebeest attacked him.
Photo: Facebook.

Dylan was taken to hospital where he received 28 stitches and pain medication.

The meat of a bull the size of the one that attacked Dylan is worth about R5 000. However, none of the wildebeest was injured during the incident. 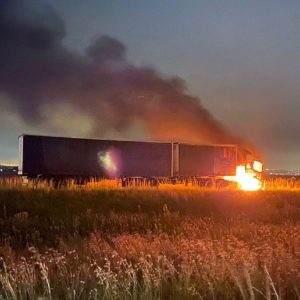 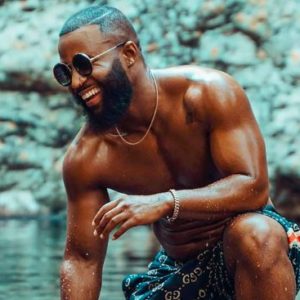